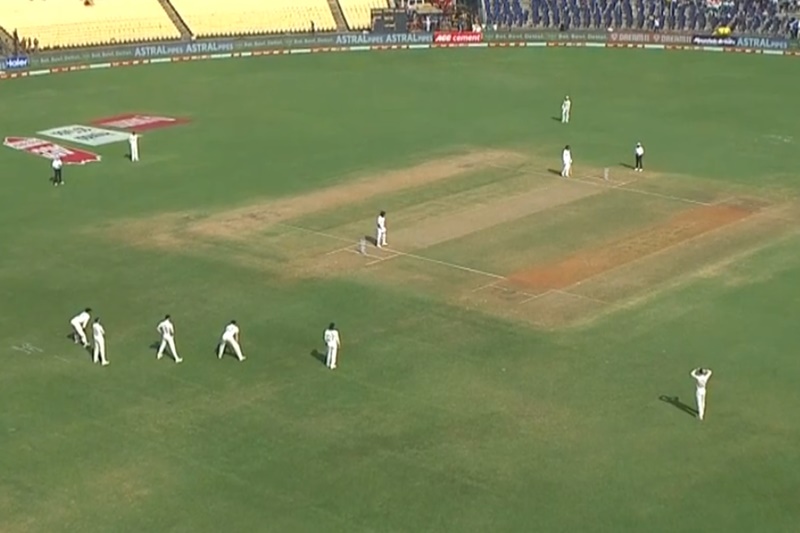 Turns out people don’t like squad rotation. Not when you call it that anyway.

Test Match Special can be a good place to gauge which way the wind’s blowing – and not just because it’s regularly interrupted by the shipping forecast.

Earlier this week, Jonathan Agnew wrote a column in which he voiced some common complaints about the way England have been managing their players this winter. He then inadvertently highlighted the challenge – no, impossibility – of satisfactorily operating a squad rotation system.

According to Agnew, Dom Bess has been badly handled – and it is certainly hard to argue that recalling a young player immediately after dropping him and denting his confidence was the ideal way to go about things.

The fact that Bess ended up being treated this way was because Moeen Ali headed home for a scheduled break, exactly one match after being promoted back into the first XI. England had tried to persuade him to stay when they realised what was unfolding, but Moeen knows the value of rest as well as anyone.

If we can just briefly flash back to 2019, the all-rounder lost his central contract despite having been the top wicket-taker in the world over the previous 12 months. It’s no coincidence that his performances waned in line with his enthusiasm during that period, having been a key player in all three formats for several years leading up to that.

Back to this winter just gone and Agnew says that England made, “errors that were far from rocket science,” with regards to squad rotation. He argues that the Bess/Moeen situation was one of these.

“It is clear that if England knew the plan for Moeen was for him to leave after the second Test, then their request for him to stay should have come before they picked him. If Moeen was always going to leave – which he was perfectly within his rights to do – then Bess should not have been dropped, because England were always likely to need him again.”

So basically Agnew’s solution was to threaten Moeen: ‘If you don’t give up your leave, you won’t play the next Test.’

We’d argue that if your simple, straightforward man-management ideas result in you accidentally making threats to a player, you probably haven’t got it right either.

This is why squad rotation is impossible. When you are making compromises in an uncompromising world, sooner or later they will be shown up. At some point or other you can count on being criticised for deliberately weakening your team.

Why is squad rotation necessary?

Agnew also made sure to touch on that related hot button topic for England fans, the Indian Premier League.

The IPL is a bit of a lightning rod for squad rotation griping. A lot of England fans are angry with it because with England players’ workloads currently unsustainable, it is the competition they personally care about the least.

Maybe, if all else were equal, it would be low priority for England players too. But things are very much not equal. If a cricketer – let’s say one who has no Test contract with England – has an opportunity to double his annual earnings with a few weeks of short format cricket, that might well be something he wouldn’t want to miss out on.

It’s certainly tough to see players turning out for franchises after skipping England games – but really this is just getting lost in the detail. Raging at the IPL is like losing your temper at the car in front of you in a traffic jam. It’s a contributory factor, sure, but the problem is the whole environment.

In traffic jam terms, this means everyone driving everywhere and huge proportions of public roads surrendered to the storage of what is, at the end of the day, private property. In cricket, it means the tremendous volume of matches and the insane proportion of them that purport to be ‘top level’ cricket.

It’s not really a coronavirus thing. This year was always over-full. We clocked it way back in 2018.

A year that ends with the Ashes also has a World T20 immediately before it. Those two appointments alone would be a tough ask, even without two big Test series against India earlier in the year.

England’s men’s team will play 19 international matches this summer, seven of which are potentially five days long. In what other sport would that happen?

It has been like this for a long, long time and it has never been manageable. All that’s really changed is the way it’s being dealt with.

It has suited everybody for these players to become Test specialists.

And it’s not just them. Joe Root is pretty handy in all formats, but as Test captain even he is finding himself slightly phased out when it comes to the white ball game.

You could of course argue that neither Anderson nor Broad ever really excelled in the shorter formats, but how many England Test bowlers have? When workloads span formats, something tends to give.

Graeme Swann has said that he never really cared about bilateral one-day series and you can bet that something similar holds for a lot of England Test players. Those kinds of matches can come to feel like exhausting obligations if you’ve already competed in a Test series – particularly when you know that most of the UK public perceive the longer format to be a bigger deal.

After-the-Lord-Mayor’s-Show-itis means that England have a long history of letting their best all-format players sit out one-day games, or even whole tours. The threshold for exercising caution over a niggle was always a good deal lower for ODIs. This is partly how the format came to be a testing ground for young or promising players.

These fringe players may not have been as good as the established names they replaced, but at least they could be counted on to be fresh and excited at the prospect of playing for England.

And in many ways it was a useful way of operating. Test success stories like Andrew Strauss, Matt Prior, Stuart Broad and James Anderson all made their England debuts in the 50-over format.

Plenty of one-day specialists were given a handful of pyjama caps too, without ever really being fully invested in as serious prospects. The 50-over side was never a B-team exactly. But it was very rarely a first team.

That relationship between the formats changed in 2015 when new director of cricket Andrew Strauss surveyed the wreckage of another failed World Cup campaign, looked ahead to the 2019 tournament in England and decided something had to be done.

Strauss overhauled England’s central contract structure in a bid to redress the balance between white-ball and red-ball cricket and then England also began encouraging players to go and get experience in the IPL, the Big Bash League and other competitions.

A by-product of the limited overs squads being given equal weight to the Test squad was that the latter was effectively diminished. This was because many wannabe Test players were almost inadvertently being annexed by England’s limited-overs teams.

No player ever really says that they are surrendering their Test ambitions. It is just something that happens by stealth as the player in question pursues the path of least resistance. They miss County Championship matches to hone their skills at the IPL, then they miss more first-class matches because they’re busy playing white ball cricket for England.

Mark Wood is one player who has struggled to square the circle, but most of England’s best players find they can’t easily split themselves three ways. How many are first-choice picks in all three formats at the minute? Ben Stokes certainly, Jos Buttler kinda – that’s about it. That minuscule overlap is only partly explained by differing demands and requirements.

If you made it into the England one-day team during the period leading up to the 2019 World Cup, that became your main job and opportunities to play other formats diminished.

England didn’t just win the World Cup, they did so having already become the best 50-over side in the world – a side sufficiently great that they gave us an opportunity to deploy our all-time favourite description of the dismantling of a bowling attack.

But all of that’s over now… right?

Look at England’s Test results between 2015 and 2019 and it’s clear that they really muddled through.

All out for 58. All out for 77. They were at best a middling side, which is why they’re currently ranked fourth in the world.

But is that likely to change? We now have a situation where England’s white ball teams are (a) 50-over world champions, and (b) objectively better than the Test team.

There is a World T20 coming up this year, then another World T20 next year and then it’s the 50-over World Cup again. Whisper it, but maybe Eoin Morgan and others don’t particularly want their best players side-tracked by the longest format.

Because the simple truth is there is no real way of successfully concentrating on both red and white ball cricket without taking time off somewhere or other.

Who needs a rest?

India and Australia play a hell of a lot too. But England play most of all.

That’s quite a difference and India having played 42 limited overs matches more than England during that period doesn’t really make up the difference given how long your average Test match is.

It’s not like those teams are sashaying along untroubled by fixture bloat anyway. India players are regularly rested for series, while in 2017 Australia found themselves in the position of having their T20 side playing Sri Lanka at home while the Test team was in India. Good luck putting out your first-choice XI in that scenario.

And this is why England are no longer a team. They are two.

Think of the recurring arguments about the supposed ‘priorities’ of the likes of Jos Buttler, Jonny Bairstow, Jofra Archer, Adil Rashid or any number of others. These are players with the potential to represent England successfully in Tests whose efforts to improve in red ball cricket are to some degree compromised by playing for England.

The reverse applies to Joe Root who hasn’t played a T20 international since May 2019 and who now barely plays the format at all at any level. James Anderson and Stuart Broad, meanwhile, have long since accepted their lot.

All of these players are specialists borne of circumstance. Rotation is being explicitly spoken about as a policy in 2021, but all of these players have been de facto rotated out of rival England squads in recent years in a bid to keep them performing in their ‘main’ format.

There is only one way to ensure that England always field their strongest side and that is to play fewer matches. Perhaps the very obvious public distaste for squad rotation might finally get the message across.

We only have time do these features thanks to those of you who are chipping in via Patreon. If you’d like to support the site by flipping us a shiny coin or buying us a pint each month, you can do so here. It’s a big help. Thanks.

You may also want to sign up to get our articles emailed to you.