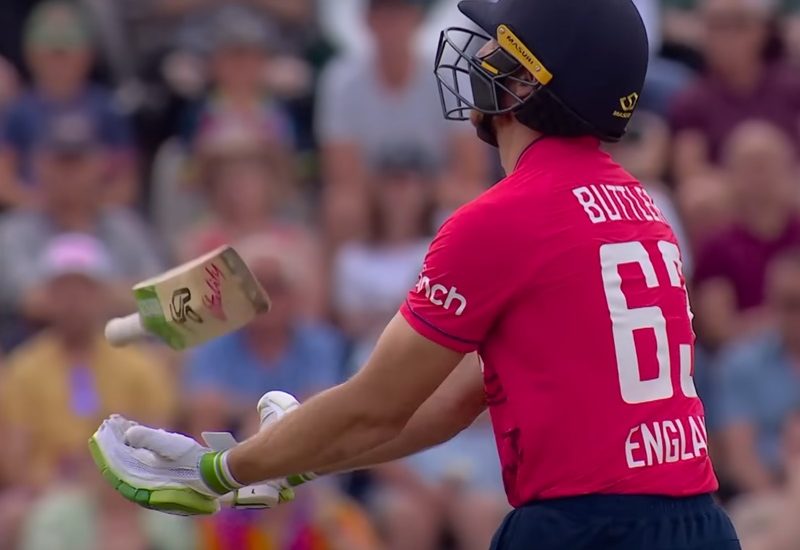 It’s not been a vintage period.

It feels like England were better off with Eoin Morgan and his badling of ducks. Or maybe that late career diminuendo was itself emblematic of two teams that are still largely built around the same players as seven years ago.

Either way, time marches on, the relentless, unstoppable bitch. There’s a T20 World Cup in September and October (because of course there is) and these were the last matches before England pick their squad. As familiar as many of the names are, you wouldn’t say the team is well-grooved.

As a measure of how bad they’ve been, they were bowled out in four of the six matches. Considering that the main weakness of the T20 format is the very small risk that a team will ever get bowled out, that’s quite the feat.

The BBC report on the most recent game manages to squeeze both “dismal” and “pitiful” into the first seven words. Cricinfo meanwhile flag “issues with batting and bowling” when reviewing how recent series have gone. (After losing to the West Indies in January, they’ve now lost three T20 series on the bounce.)

The batting is more obviously bad, if only because that half of the team is more familiar. Jonny Bairstow maintained some sort of form when he returned to the side and Moeen Ali has played a handful of those selfless cameos, but there’s not been much else. Liam Livingstone is drifting inconsequentially, Jason Roy is very wet tinder and Jos Buttler is yet to convince anyone that captaincy won’t knacker him. He’s made one fifty in 12 innings since returning from the Netherlands. And even then, 60 off 80 balls was arguably as helpful for India as Bairstow’s three-ball duck in the same defeat.

With the usual suspects out with all the usual injuries, the bowling’s a bit more of a mystery. To sum things up, the best bowlers in the T20 series against India were Richard Gleeson and Chris Jordan and the two worst bowlers in the series against South Africa were Richard Gleeson and Chris Jordan. Reece Topley has had a good summer. If we’re going to resort to the taking of positives, that’s probably the main one.

The next job for Buttler and coach Matthew Mott is to decide on their first XI and then play it again and again and again for the seven T20s in Pakistan and the three against Australia before the World Cup. The tournament can certainly be won by a side that forms a plan and suddenly runs hot – England, Australia and the West Indies have all done that – but it doesn’t feel hugely likely at the minute.

What’s next? The Hundred and then the first Test against South Africa starts on Wednesday August 17.

Sorry for the slow pace over the last week or so. We’ve been away. You can always sign up for the email so that you don’t have to endure that agonising pang of disappointment when you visit the homepage and see there’s no new articles.