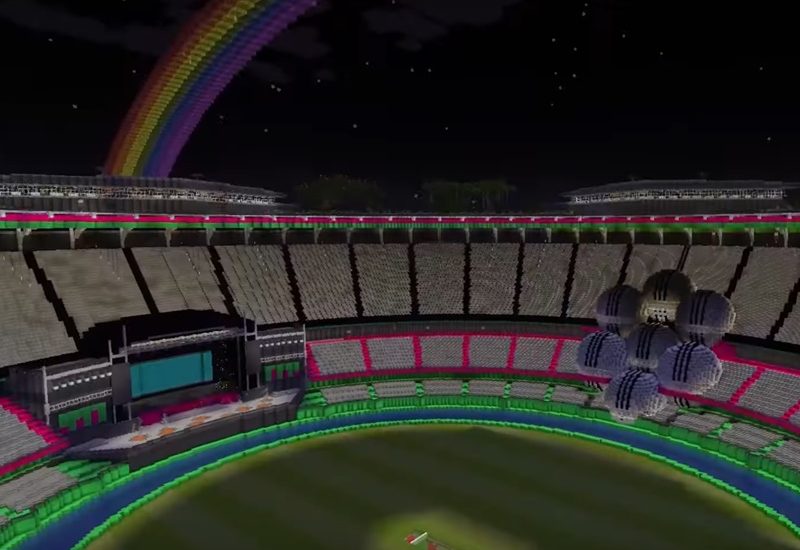 We tried to get the lay of the land with The Hundred about to get underway. Amid all the earnest stat-fuelled previews and grave warnings about how franchise cricket has already eaten international cricket and really only needs to digest it now, we spotted a video about a cricket ground that has a boundary moat filled with sea creatures. That’s more our area, we thought. We’ll report on that.

Here are the key points

The stadium is located in space

As someone who was seven in the 1980s, this seems the obvious starting point because we were raised on cartoons that were pretty much all set in space, frequently for no clear reason whatsoever.

The Transformers were aliens. The Thundercats were aliens. He-Man was (presumably) on an alien planet. Ulysses 31 was Greek mythology in space.

That seems a lot already, but then there was Bucky O’Hare, which was about a war between an interplanetary republic of mammals and an empire of toads ruled by a computer system. And with both BraveStarr and the Adventures of the Galaxy Rangers, it was an era that could sustain not one but two programmes about space cowboys.

So yeah, blank sheet of paper, deciding on a location… of course you go for space.

The key detail here is the roof. This is a ground in which Shahid Afridi could hit a 12. Full marks for providing that possibility.

A rollercoaster that takes you around the stadium

Sounds fun, but honestly not sure they’ve thought this one through. Does it make stops? Can you ask to get off at Stand E? By the end of the day will it basically just be a rammy receptacle for litter and drunk middle-aged men being shuttled for yet another piss?

Disco lights around the pitch illuminating the stadium

An alternate interpretation of that old cricket classic, “bad light”.

The more you think about it, the more you realise that ‘flat’ is a very boring shape for a screen. We saw a giant radio telescope being employed as a screen the other day.

We’re not entirely convinced the ECB’s Minecraft contractors have entirely delivered on the concept here though. Looks like a totally normal screen displaying an image of a glove to us.

Wait, where’s the roof gone? So it’s not a complete roof. It’s just around the tops of the stands. Oh well.

Our son recently coined the phrase “toast rainbow” which is a very cute way to get away with not eating your crusts.

100% brilliant idea, but again, the contractors have let the kids down a bit here. They’ve included fish and turtles when it’s obvious they meant plesiosaurs and mosasauri.

Not delighted about having special seats for VIPs, but then they do appear to be potentially lethal, so maybe it’s okay.

Well this is inviting a lawsuit. Lets be generous and assume it’s frosted glass.

Could be tough to bat on when you’re up top though.

A stage for DJs and musicians to entertain