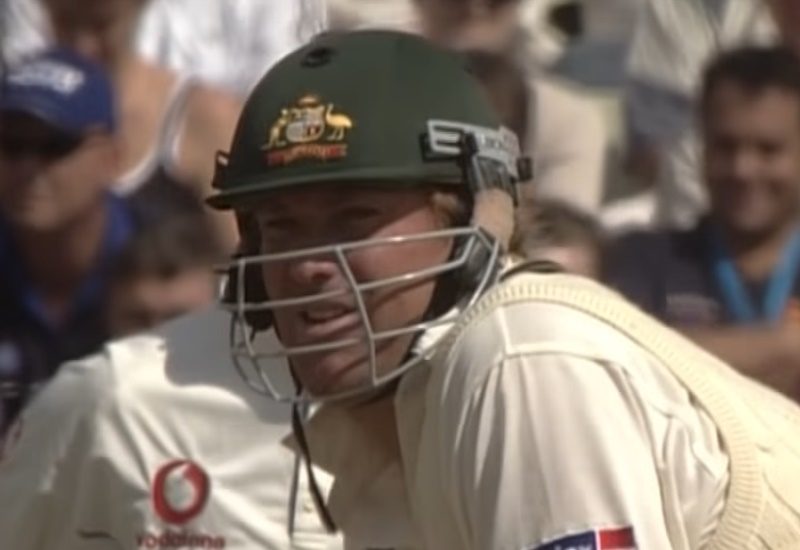 Specialist bowlers having to bat is one of the greatest things in the world because batting is absolutely nothing like bowling. It is like a javelin thrower training for years and years to perfect their art only to turn up at the Olympics and be told that they also have to play tennis. This is precisely why it’s interesting to ponder which bowler has been best at batting.

We often talk about the top six in cricket. Whether or not these players do other things as well, the top six batsmen are first and foremost judged on how many runs they score.

There’s a pretty good chance that number seven will be the wicketkeeper. Wicketkeepers are judged on their batting too – in large part because batting’s easier to measure than wicketkeeping. People often say that everything changed for wicketkeepers because of Adam Gilchrist but the truth is they were expected to score runs long before him.

Run-scoring wasn’t the only reason why you picked a wicketkeeper, but it was a very big part of selectors’ thinking. These days, you get people like Jonny Bairstow, who’s at times forced Jos Buttler into becoming a specialist number seven batsman by claiming a spot further up the order.

So the top seven is a thing too.

The top eight is not a thing. Not really.

You get all-rounders and you get bowlers who can bat, but once you get down to number eight, batting ability is very much a secondary consideration when picking your team. You might think about it a little, but really number eight is the first player who is not picked for their batting.

This means that number eight is the most exciting batting position of all.

One of Test cricket’s greatest strengths is that in every single match a bunch of people who cannot do a thing are obliged to do exactly that thing at an elite level. This is insane and comical and far, far, far more exciting than watching the people who can do that same task really well. (Read the ‘The other hero’ section of our piece about Ben Stokes, Jack Leach and Headingley 2019 for a bit more on why this is.)

For now, all we need to know is that number eight is the sweetspot; the point at which we find the best Test batsmen who weren’t picked to bat.

So who was best? Here are the candidates.

MS Dhoni batted at eight on 11 occasions. He made two hundreds and four fifties and averaged 70. At this point we feel obliged to inform you that MS Dhoni is not a number eight – and not just because he’s a wicketkeeper and therefore ineligible according to the criteria we’ve rather vaguely laid out in our lengthy preamble.

Dhoni made 51 not out the first time he batted at eight, against Sri Lanka at Delhi in 2005. However, he’d batted at seven in the first innings and only got pushed down in the second innings when India crazily but utterly successfully promoted Irfan Pathan to opener. (He made 92).

Dhoni made 92 himself against Australia at Mohali in 2008, but Ishant Sharma had been nightwatchman, so that doesn’t really count either. (Ishant made 9.)

He also made a couple of hundreds. He made 132 not out against South Africa at Kolkata in 2010, but batted behind Amit Mishra; and he made 144 against the West Indies at the same ground in 2011, but again batted behind Ishant Sharma. (In an elite bout of nightwatchmanning, Ishant made a golden duck. Top work, Ishant.)

The batsman with the highest average when batting at number eight who’s also played a reasonable number of games in that position is Bangladesh’s Mahmudullah. Mahmudullah averages 40.75 in 18 innings and has also made a hundred.

But again, this is unsatisfactory because Mahmudullah has always been a better batsman than bowler. With all-rounder Shakib Al Hasan and wicketkeeper Mushfiqur Rahim above him, you can credibly argue that when batting at eight he has essentially been more of a displaced number six.

Mahmudullah has batted higher than number eight more often than he’s batted at number eight. This in itself should not disqualify him – some players have improved their batting enough that they have later earned selection in a way that they didn’t earlier in their careers.

What’s more damning is that although he’s batted at nine three times, each of those occasions required the intervention of a nightwatchman. What we’re saying here is that being picked to bat at nine would in a weird way have legitimised Mahmudullah’s case to be considered an authentic number eight – but this has never truly happened.

The jury is split and quite a few of them think that Mahmudullah isn’t a number eight.

The highest Test run-scorer at number eight is New Zealand’s Dan Vettori. He made 2,227 runs batting in that spot and made four hundreds and 13 fifties.

Vettori’s case is a strong one because he only very gradually acquired all-rounder status. For the majority of his career he was selected on the basis of his bowling with his batting really just a welcome bonus.

The figures bear this out. Vettori had 67 innings at number eight and his next most frequented spot was number nine where he batted 53 times. He only batted 18 times at six and batted more times at 10 (14 times) than seven (12 times).

But is he a legitimate number eight? Or was he too good?

The batsman who scored most runs at number eight without ever making a hundred was of course Shane Warne. In 113 innings he made 2,005 runs at 19.09, including 11 fifties.

This seems like the archetypal record for a number eight – a guy who can make fifties but not hundreds who is better than most of the bowlers but who is definitely not a batsman.

But what if there were someone who did much the same thing only better?

Chaminda Vaas made 1,913 runs in 98 Test innings at number eight at an average of 25.17. He made eight fifties and one hundred.

When we tried to work out which Test nation’s top five wicket takers would form the most balanced attack, we took batting into consideration, imposing a ‘multiple Test hundreds’ clause to our definition of an all-rounder. There have been freakish one-off hundreds, but you’re not going to fluke two. By this rationale, Vaas is a bowler, because the hundred he made at number eight is the only one he ever made.

We don’t feel a single hundred should render you ineligible as a number eight, which means Vaas was a better number eight than Warne.

Jadeja averages 33.92 at eight and hasn’t scored a hundred in that position. While his one Test hundred was scored at seven, he has also played a respectable number of innings at number nine.

What Jadeja lacks is a significant body of work. He has made only 882 runs in 31 innings.

We are branding Jadeja ‘one to watch’.

Pollock is a weird one. He averaged 30.96 in 79 innings at eight and never made a hundred there. You could argue that he fails the ‘multiple hundreds’ all-rounder test because he made two when batting in other spots, but he made them both at nine, so that seems unfair.

To be honest we’re just putting this one down to South Africa’s conservative selection policy in the Pollock era where they just used to clog the side with all-rounders because they were terrified of getting bowled out.

In many ways we think Chaminda Vaas fits what we’re looking for best of all, but we’re going to give it to Vettori.

Yes, he made a bunch of hundreds and probably deserved a place in the New Zealand side as a batsman towards the end of his career, but he never would have got into that position without first playing 80 Tests as a bowler.