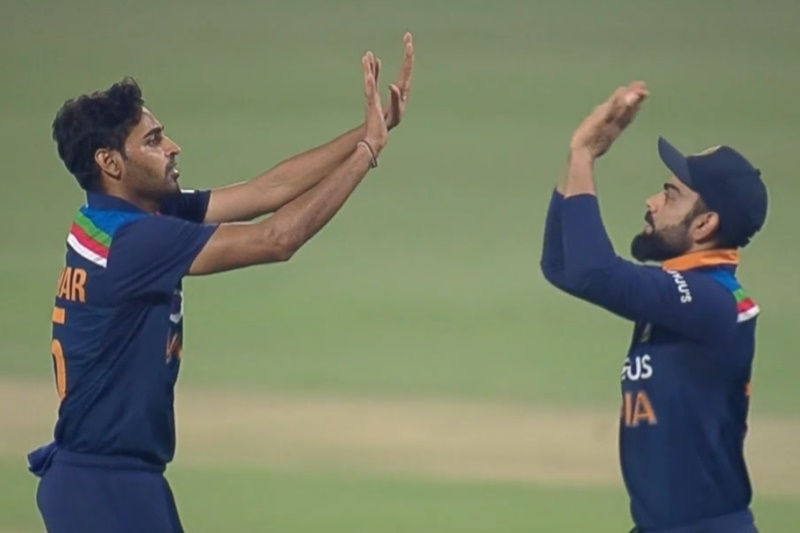 Right-arm, average height, fast-medium: there is not, at the very surface level, a great deal to recommend Bhuvneshwar Kumar as a white ball bowler. He’ll just have to rely on his incredible ability and results if he wants to win people over.

In the three-match one-day international (ODI) series, the second-cheapest economy rate from a bowler who bowled in more than one match was Moeen Ali’s 5.70. Quite a few bowlers went for plenty. Kumar went at 4.65.

Not only that though. He went at 4.65 after repeatedly being brought into the attack when the run-rate was at its most stratospheric. People will talk about his rare ability to swing the white ball, his control, his deception and his intelligence, but we prefer to put it all down to his magical powers.

How did the series pan out?

In the first match, zesty late hitting took India to 317-5. England countered with constant hitting and attempted to reach their target inside 40 overs. It seemed a sound plan while Jonny Bairstow was at the crease, but then he wasn’t and they crumpled like a paper Christmas cracker crown underneath a descending arse. (Bhuvneshwar Kumar: 2-30 off nine. Next best: Krunal Pandya’s 1-59 off 10.)

In the second match, zesty late hitting took India to 336-6. England approached their task in precisely the same fashion. After 94 in the first match, Bairstow made 124 and England won with six overs to spare.

Bairstow played seven largely nothingy one-day matches early in his career, then started getting games a bit more regularly after the 2015 World Cup. Since then, he’s averaged 50 with a strike-rate of over 100. He is England’s best-ever batsman in this format and their period of being good pretty much exactly coincides with his presence.

On this occasion, he was… ‘supported’ isn’t quite the right word. He was overshadowed for a significant proportion of his innings by Ben Stokes who made 99 off 52 balls – 10 of which he hit for six. Stokes was caught behind off Kumar.

The ease with which India had found the boundary late in their innings basically told us (1) how easy it was to hit sixes that day and (2) that they probably should have made more effort to do so earlier in their innings.

India aren’t stupid, so that’s exactly what they did in the final match. They made 329 all out, which was technically fewer runs but turned out to be more on the day as England could only muster 322-9.

The most striking England contribution came from Sam Curran, whose unbeaten 95 from number eight has marked him out as top Curran. In contrast, his brother Tom made 2-146 across his two appearances in the series, warranting demotion to the status of ‘some other Curran’.