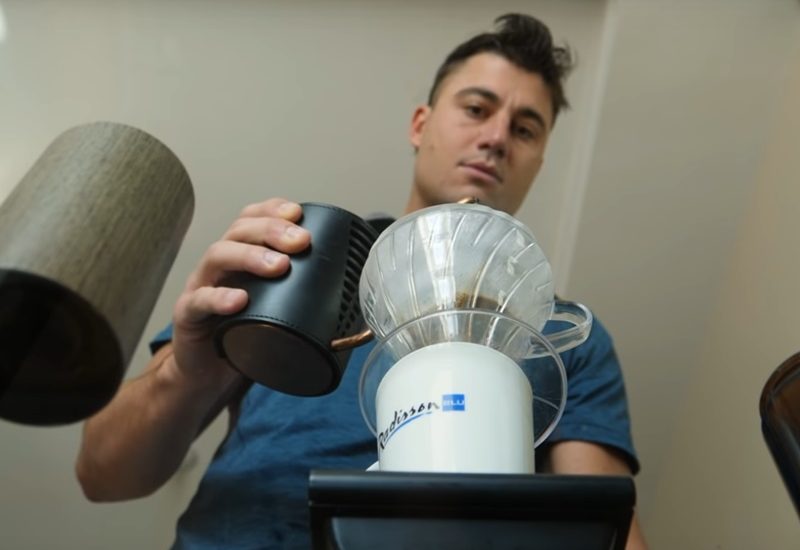 If Australian cricket is respected for anything, it is respected for that time David Boon skulled 52 beers on a flight from Sydney to London before the 1989 Ashes (supposedly). If Boon could see the state of modern Australia now (and was also dead or buried alive) he would be turning in his grave.

Fortunately, David Boon cannot see the state of modern Australia because he is a match referee and so his relentless travel schedule has almost certainly indirectly resulted in permanent alcohol blindness.

If Boon could see, and he looked at the Australia cricket team, what he’d see would be an awful lot of overly-serious coffee-drinking.

“JL calls me The Love Café, because I’ve told him the most important ingredient is love. Which is true.”

Adam Zampa and Marcus Stoinis are coffee wankers. This is not necessarily meant as a criticism. It’s just the truth.

We’ve mentioned this before (when writing about how Eoin Morgan had never had coffee): we reckon coffee hipsters obsess over the drink precisely because it doesn’t matter.

This view is rather backed up by the heart-warming/creepy story of Zampa and Stoinis and how they like to drink coffee together while talking about coffee.

If a person makes a coffee and you can answer ‘yes’ to the following three questions, then that person is definitely a coffee wanker.

Zampa also throws in, “It’s important that the water doesn’t touch the paper,” as a bonus.

The coffee-centric relationship between Zampa and Stoinis appears to be viewed with concerned bafflement by some others in the Australia setup.

Justin Langer gets his feelings across more creatively by imbuing the word “rare” with more meaning than it has ever previously held.

“They are two of the rarest human beings that I have ever met in my life,” he says.

And he makes this face when he says it.

“Rare” is quite a commonplace word, but Langer give it all sorts of connotations.

Imagine Justin Langer is a prison psychologist and you are in charge of parole. You’re wondering whether or not this particular prisoner is ready for release yet and Langer hands you his written report.

It consists of just one word. The word “rare”.

After you have read the report, you look at Langer in confusion and Langer says “rare” and makes that face above.

You instantly decide that the prisoner should be moved to a maximum security facility with no prospect of release.

You can get our articles by email if you’re worried you might miss future reportage as vital and earth-shattering as this.