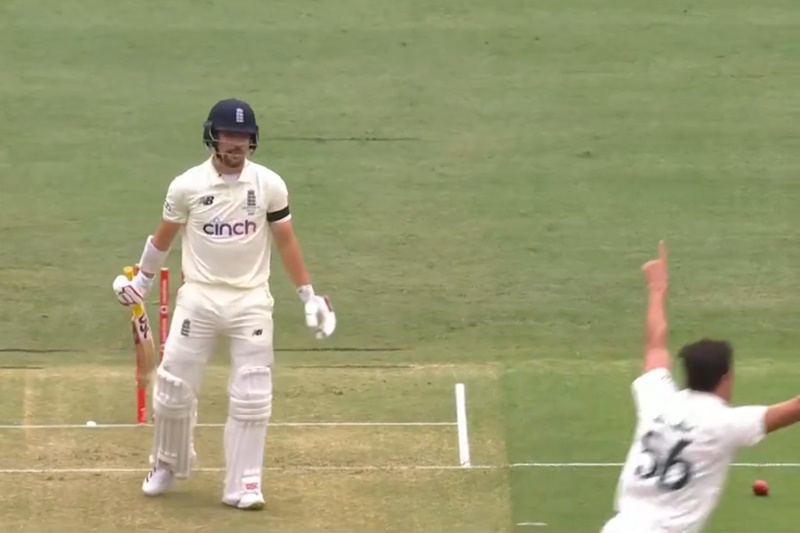 Despite notching a score that could, in another arena, be termed a ‘maximum’, it doesn’t feel like England got off to a particularly good start in this Ashes series.

Everything hung off that first ball when Rory Burns thumbed his nose at physics by somehow getting bowled behind his legs by a left-armer while seemingly standing in front of his stumps.

Impressively, this wasn’t even the first time this year that Burns has lost his wicket in the opening over of a five-Test series. We correctly suggested that the previous one screamed, “Don’t get your hopes up!” in a shrill unignorable voice. Perhaps he should start innings off at the other end.

To give some sense of how bad a start this was, it’s actually quite hard to find an online highlights package where the superimposed ‘play, pause, fast forward, rewind’ controls have auto-faded before Burns’ stumps are messed up.

As an opening batter, you should really aspire to outlast the video player controls overlay.

Australia clearly felt it had been a long spell of play though because upon the fall of the wicket, the subs immediately rushed out drinks with a tremendous sense of urgency.

This was quite something when you consider that at this point in the match, Mitchell Starc was the only player on either side to have actually made contact with the ball.

This moment was undoubtedly our Day 1 highlight. Tragically, the camera didn’t linger, but we counted at least five parched Aussies taking the opportunity for liquid refreshment. Starc was not among them.

There is an awful lot of Ashes “content” out there, so we entirely understand if you don’t currently feel like helping fund this website. Please think about signing up for the (free) email though.