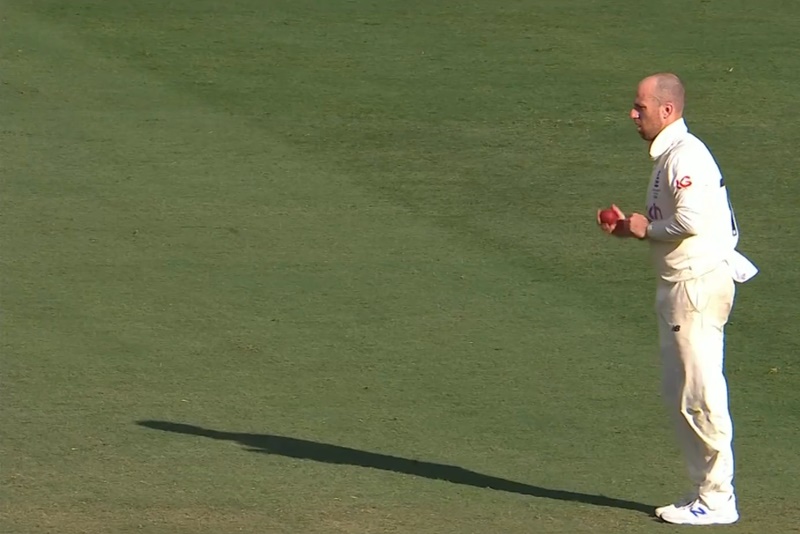 The England Test team run by Joe Root and Chris Silverwood is not big on picking spinners. It is even less big on picking Jack Leach. A rare appearance in the first Ashes Test saw the left-armer get walloped, so how comfortable will the two head honchos be about picking him again? Perhaps the two of them should consider going back in time to try and build their first-choice spinner up a bit.

It seems fair to say that Root has a somewhat peculiar record when it comes to managing the spinners available to him. Adil Rashid was binned at the start of his captaincy before being brought back again on more than one occasion. It was also during his tenure that England gave three consecutive Test caps to spinners: Mason Crane, Jack Leach and Dom Bess.

Moeen Ali appeared to be one man who was at least sometimes blessed with the confidence of his captain – but how much of that was down to his spin bowling and how much due to his magnificent malleability?

For his part, Leach has never especially let anyone down, but he has been left out in the name of team balance so many times he must be starting to think he’s made of dark matter.

Sometimes England think Leach’s batting unbalances them, even though he once made 92 opening the batting in a Test and also hit the greatest 1 not out you’re ever likely to see.

On other occasions they convince themselves that the mere inclusion of a spinner unbalances them – a bizarre belief that seems to have manifested itself ever more frequently in the Silverwood era. His England teams have now played without one on half a dozen occasions. Not smart.

The upshot is that Jack Leach is the first-choice spinner who England would do almost anything not to pick. And now he has been savaged.

What does that mean, both now and into the future? Does it mean that Root and Silverwood were justified in their reluctance to trust him? Or have they in fact missed a whole host of opportunities to build up their best spinner so that he had more to fall back on when times got tough? More experience, more self-confidence, more goodwill from the men who pass judgement on his worth from one game to the next? All of these things come as a package.

England’s management team will no doubt talk supportively. Bowling coach Jon Lewis has already called Leach “a pretty resilient fella” – which is just as well given the team’s broader attitude to him and his art. Root and/or Silverwood will presumably back him in some way or other after the Test too. But these are just words.

Actions are famously more audible and this England team have opted to play without any kind of spinner on no fewer than six occasions. They have played without Leach a great many more times. At what point during a Test does a bowler start to dwell on the fact that his foundations are built on quicksand? After the match? After 10 overs? After being hit for the first six?

Leach averaged 29.98 going into this series, but he last played a Test in March. He has shown himself to be be a pretty good bowler, but it’s hard to move from ‘pretty good’ to ‘good’ when you’re only picked in conditions that suit you. Leach is not great on flat pitches and the way Root and Silverwood treat him, he never will be.

Here’s the obligatory link to the page where you can sign up for our email if you want to.