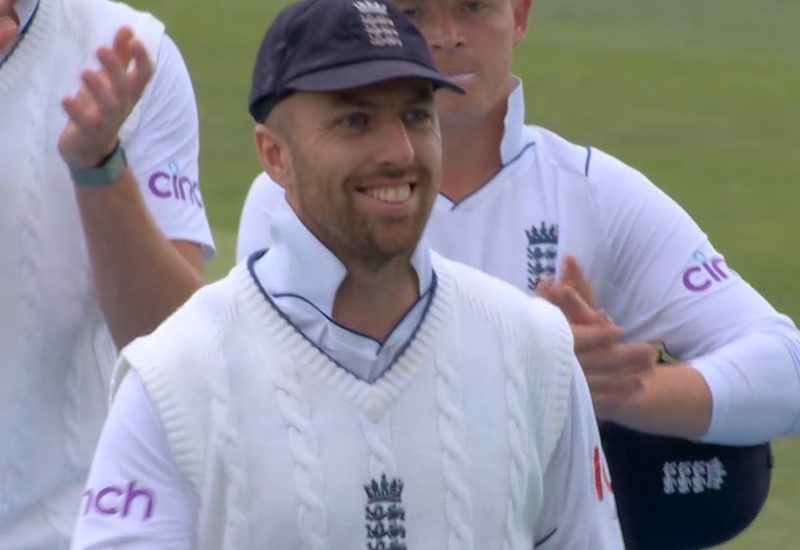 If you’re attentive and possessed of a decent memory, you’ll clock that the headline above is a very obvious reference to our December article, Root and Silverwood have the Jack Leach they created. There’s a contrast in man management here and if you read that article again, you’ll easily see it. This article could therefore quite easily end here in all honesty.

Jack Leach has performed better for England this summer than last summer. That is in large part because he didn’t actually get to play a Test between March and December 2021. For most of that time England didn’t even pick anyone ahead of him. They just picked no spinner at all. That was how much they thought of Leach and his art: ‘We’d rather have no-one’.

This kind of treatment is not what you’d call a confidence-builder. It doesn’t tell a player he’s a key part of the team. A player treated like that might even infer that he was only ever picked under duress.

Things may change, but Ben Stokes and Brendon McCullum have managed Leach differently. They’ve picked him for a start. That’s a vote of confidence in itself, but Stokes has also given him plenty of overs. In this New Zealand series, Leach has done more bowling than anyone bar Stuart Broad, despite brain-bruising himself out of the whole of the first Test.

It’s little things like unexpectedly asking him to open the bowling in the second innings at Headingley too. The ploy didn’t especially work, but it reinforced the message that Leach’s spin bowling isn’t just a last resort once the captain’s already tried all the proper bowlers. It’s a valued tool in its own right.

Leach went on to take five wickets in the innings after also taking five in the first. We can’t say exactly how he is feeling this summer compared to last, but we’re guessing taller.

We are willing to email you.