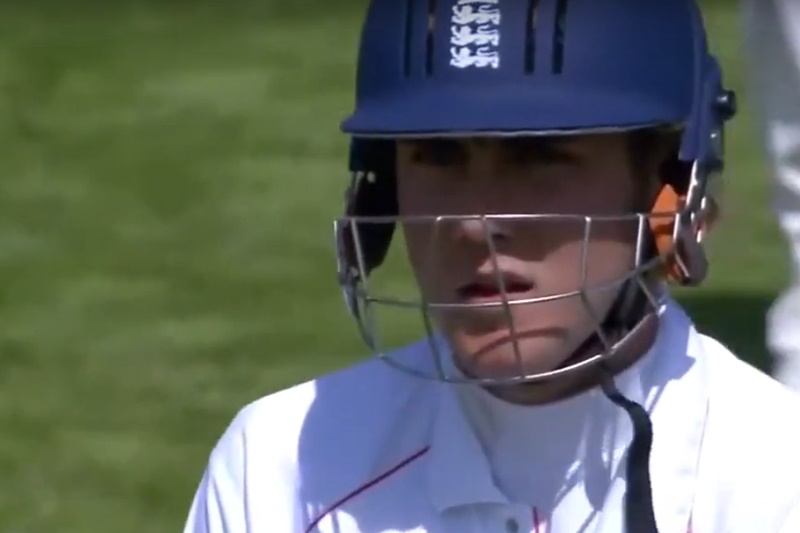 Stuart Broad has always been a bowler who makes the absolute least of his height. But Ben Stokes and Brendon McCullum may have a plan…

Height is an attribute for a quick bowler. You don’t need data analysis to deduce this – a team photo’s enough. In most international teams the tall players are the quick bowlers.

There are plenty of exceptions obviously, but that doesn’t negate the fundamental truth. When the camera pans across your team’s faces during the national anthem, the first chest it hits will more than likely be a seamer.

This means that height has become a key metric for assessing bowlers. It is allied to a blunt assumption that bigger is better – but that isn’t actually the full story.

Stuart Broad is one of the finest examples. At 1.96m, Broad is much the same height as Morne Morkel – in fact he is often listed as being taller. Yet according to CricViz he releases the ball from 20cm lower.

With his bent front knee and curved torso at the point of release, Broad really does not make the most of his height. You wouldn’t call the bounce he generates skiddy, but you can’t really call it steepling either.

Excitingly, it sounds like England’s new Test leadership partnership has a strategy to address this.

“It’s been one of the most fun weeks we’ve had as a team,” said Broad this week. “Just the relaxed environment, the way we’re talking as a team. It’s not too structured, it’s just a case of what do you need to do to make you feel you’re 10ft tall?”

Imagine that! Imagine a 10ft Stuart Broad? Imagine the panicked giraffe batting if nothing else!

But imagine the bowling too. A 10ft bowler really would be a boon if Stokes and McCullum can somehow pull this off.

How do you make someone feel 10ft tall? You show faith in them and rather wonderfully it seems that one of the mechanisms that may be employed to embiggen the veteran seamer is sending him out to bat earlier “to go and have a slog”.

This was apparently one of McCullum’s potential plans during England’s successful run-chase against New Zealand at Lord’s. We can’t imagine this would encourage actual, physical growth, but we are very much in favour of this line of thinking anyway. Worth a go, isn’t it?

On a related note, Broad has also confirmed he didn’t have the foggiest what was going on for that secondary appeal of his the other day. Writing in The Mail, he said he was busy appealing for the LBW, “which wasn’t even hitting sixth stump down leg side so qualifies as one of the worst appeals ever.”