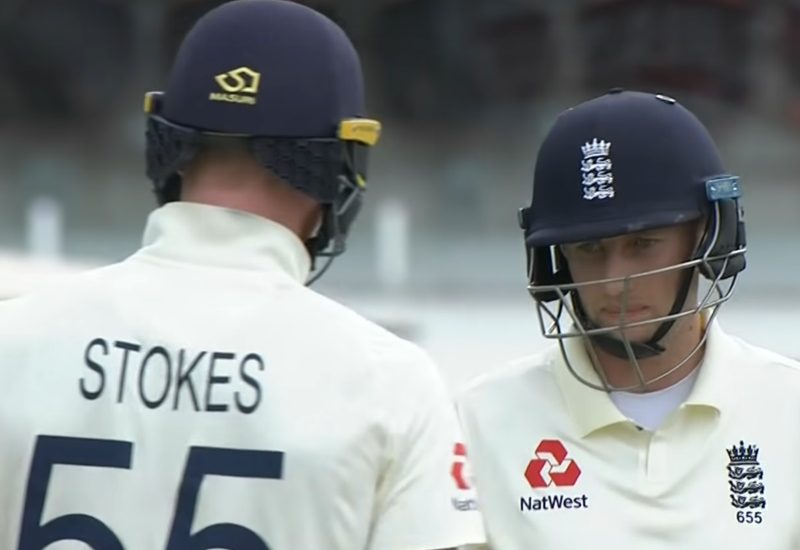 Everything’s amazing and fun and positive under the new England captain. Remember that previous guy? Man was he a miserable arsehole. Didn’t have a clue, did he? Whatever happened to him?

Sometimes you accidentally reveal something about the past.

We remember being on this cookery course in Thailand once with a handful of other tourists. During one of the breaks, one of them asked another if she was Dutch.

If we remember correctly, the woman was actually Canadian, but she wanted to know why she came across as Dutch.

“Oh you can quite often spot a Dutch person,” said the girl, who was from the Netherlands herself. “If you see a dark-haired couple camping and their kids are blonde, they’ll be Dutch.”

If she’d left it there, it would have been a bit weird but okay. Instead, she proceeded to run through a whole load of other scenarios and fine detail. Much of it was pretty funny, in the way these pet theories often are.

It came across like a stand-up comedy routine and towards the end, with everyone giggling away, she emphasised that the most important quality was that a Dutch person would always, pretty much without fail, “look a bit wrong somehow”.

And then we all sat in uncomfortable silence trying to work out if any of the other qualities she’d identified potentially applied to the Canadian woman or whether this was perhaps the only one.

“It’s been one of the most fun weeks we’ve had as a team,” said Stuart Broad.

Everyone seems aware of this. Moeen Ali has said he’d be open to unretiring. Adil Rashid is keen to play.

This is all highly lovely and everything, but when we hear these comments and see these developments, all we can think of is what they say about the preceding years.

It’s pretty obvious that England weren’t having a load of fun when they were losing every single game – and fair enough really. The issue comes when players start fiddling about with cause and effect and suggesting that performances are improving BECAUSE the team has started having fun. There may well be truth in that, but it also kind of implies that all of the previous losing was because Joe Root and Chris Silverwood were making everyone miserable.

You can get away with the Silverwood bit because he’s off in Sri Lanka now, trying to deal with a very different palette of problems. But Root’s right there. He’s right there in the same changing room as you, listening to you imply that his captaincy made the team more rubbish than it actually was.

In the wake of Root’s latest hundred, Ben Stokes suggested that the batter perhaps felt like he’d had “the weight of the world lifted from his shoulders” by passing on the captaincy.

So where’s that weight now, Atlas?

(Point of order: Atlas didn’t actually carry the world; he held up the heavens, which are often depicted as a celestial sphere in art. We wouldn’t especially want to be condemned to carrying either ourself. We struggled enough with a very large flagstone yesterday. The celestial sphere is presumably pretty gassy and therefore maybe not that heavy, but by the beard of Zeus, it’s got to be unwieldy, hasn’t it?)

All the cool kids – the kind of kids who are so cool they would never use the term “cool kids” – get the King Cricket email. You can instantly become every bit as cool as they are by signing up too.