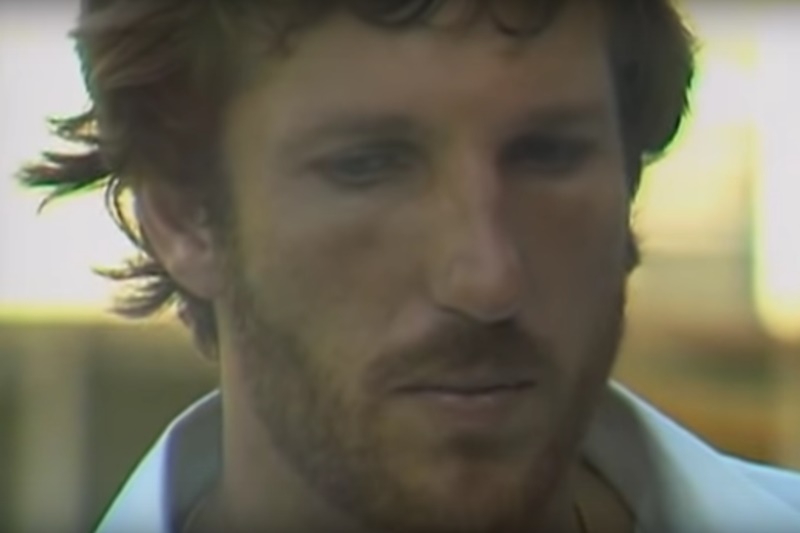 Tony Greig captained England 14 times and managed three wins – all of them in India in a series victory. But we’ve already said too much, because there is only one rule when you talk about England all-rounders, and that is that you must always neglect to mention Tony Greig.

None of them was especially successful.

Who was the worst?

Captain Beef served from June 1980 to July 1981, a rather brutal period comprising nine Tests against the West Indies and three against Australia.

The story of Botham’s captaincy is really that his own performance became limper and limper with nothing from his team to offset that. Eventually, one way or another, his reign definitely had to end. (Officially, he resigned.)

“I didn’t quite understand why you had to butter-up someone and tell them they were the best thing since sliced bread to go out and play for your country,” he later said about his way of dealing with his players.

Maybe his problem was that he treated everyone like a sandwich.

Botham’s first match in charge was actually one of the better ones – which says something because it was a defeat. The West Indies made heavy weather of chasing 208 to win, getting there eight wickets down. Four rain-affected draws followed.

After another draw in a one-off Test against Australia, Botham took his team to the Windies and got absolutely belted in the first two Tests. The third one was a creditable draw, but the fourth involved Geoff Boycott batting for a draw in the second innings, so that was basically even worse than a defeat.

Then it was the Ashes. England lost the first Test and the second – a draw – was Beef’s final one as captain.

He made a three-ball duck in the first innings and a golden duck in the second. No-one clapped him when he walked off.

“It was a pretty good career move, resigning,” he later concluded.

He managed two wins, two draws and seven defeats, with six losses on the bounce to finish – five of which were an Ashes series.

Flintoff received his somewhat unexpected promotion in India after both the captain, Michael Vaughan, and vice-captain, Marcus Trescothick, had to leave the tour. Vaughan was injured, while Trescothick had been spending his nights tormented by, “specific, enormous, terrifying images.”

Not insignificantly, Flintoff drew the series.

It’s worth picking out some of the decisive contributions.

England drew the first Test, in large part thanks to a hundred from Paul Collingwood. This is largely forgotten these days because it was Alastair Cook’s debut and he scored a hundred in the second innings.

They lost the second Test in the way that touring teams are supposed to lose Tests in India, by folding in the second innings.

Then, in India’s first innings of the third Test, James Anderson took 4-40 (bowling first change). He also managed a run-out.

England again massively collapsed, but this time they were sufficiently far ahead that a 50 from the captain was enough to leave the home team chasing 313 to win.

Thanks to a minor injury to Virender Sehwag and the impending close of play, India started their second innings with a top three of – get this – Wasim Jaffer, Irfan Pathan and Anil Kumble. At lunch on the final day, those guys were all gone and it was 75-3.

So this is what he did.

At this point, while he was still fully naked, the bell went for everyone to go out for the afternoon session.

“So I was wet through. I got myself dressed. And I walked out and then the umpire threw me the ball and I thought, ‘You know what, I’m going to have a bowl here. I feel all right now.’ And then we won that Test.”

That is a great way of reporting on a match – “And then we won that Test” – but a few details: England took seven wickets in 15 overs. Shaun Udal took 4-14, Flintoff took 3-14 and, most incredibly of all, Monty Panesar caught a Dhoni skyer two balls after dropping a Dhoni skyer.

The skyer was the best bit. Despite having more than enough time to get to the first chance, Panesar somehow contrived to miss it by 10 feet. It was very incredible. The tension when the second one went up moments later was really quite something.

And then when he caught it? Oh! Liquid cricket.

After that series, Flintoff’s England took on Sri Lanka at home and actually, with hindsight, this was the beginning of the end of Flintoff the cricketer, so this is actually quite an interesting moment to look back on.

Bring up a list of bowlers who’ve done that and it’s just wall-to-wall spinners. Very few pace bowlers have bowled that much in a match and not many of those have been 6ft4in and built like a brick shithouse.

Mystifyingly, Flintoff suffered a recurrence of his ankle injury in that series and missed the Pakistan series that followed. Then he and his team got battered in Australia.

“I did not know what to do,” was his verdict on how he handled that Ashes series. “I can only hold my hands up.”

Not entirely surprisingly, Flintoff was still a psychological mess for the World Cup that followed. He was also physically compromised for pretty much the whole of the rest of his career.

After the 68-over Test, he averaged 25 with the bat and 36 with the ball. He also scored at three an over from then on, having scored at four an over before that match, and he never made another hundred.

Ben Stokes – one Test (one defeat)

In the summer of 2020, in a ground without fans, Ben Stokes’ England played the West Indies and lost.

In a bold move for a temporary captain, he dropped England’s second-highest wicket-taker, Stuart Broad.

His personal performance was decent. He made 43 and 46 and took six wickets.

It seems unlikely given how it’s remembered, but Andrew Flintoff has the best captaincy record of the three. Not only does he have actual wins to his name, but one of them came in India in a drawn series. Pretty good. Pretty, pretty good.

He is however the worst captain.

That match against Sri Lanka when he drove the entire weight of a slightly-out-of-shape Andrew Flintoff through his knee over 400 times was effectively the death of Andrew Flintoff the top level all-rounder and that is a very sizeable thing indeed to have in your debit column.

With one Test and one defeat to his name, we’d have Ben Stokes down as the best captain.

Stokes batted okay and bowled well in that match and he also managed to drop Stuart Broad without falling out with him, which is pretty incredible. That decision didn’t do much for him in the match where he was at the reins, but it did mean that he bequeathed Joe Root with a Superbroad for the next two matches, both of which England won.

As for Botham, immediately after giving up the captaincy – immediately after, like the very next Test match – he took six wickets, then top scored with 50, then made a run-a-ball 149 not out following on in one of the most famous Test matches ever played.

In the very next Test after that, he bowled England to victory by 29 runs by taking 5-11 in Australia’s second innings.

In the very next Test after that, he took 10 wickets.

So yeah, don’t make Botham captain. Or maybe make him captain simply so that you can then benefit from him ceasing to be captain.

Thanks to everybody who’s funding King Cricket on Patreon. Your pledges help us do features like this. If you’d like us to do more, please flip us a shiny coin or buy us a pint each month. Don’t feel you have to, but huge thanks if you do.