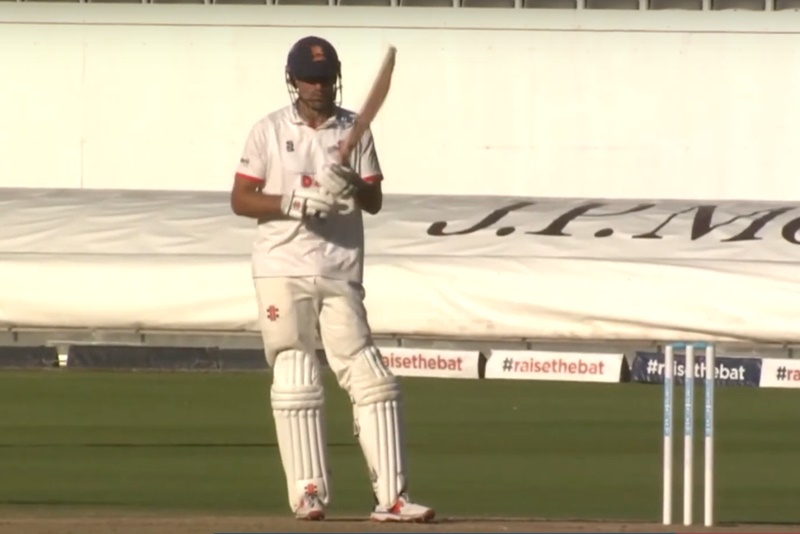 Essex won the Bob Willis Trophy because they scored more first innings runs than Somerset in the final. Essex made 337-8 and Somerset made 301. Alastair Cook scored 172. Only one other Essex player passed 30.

There is something satisfying about this; the idea that the best players are very obviously better. Sometimes the margins in elite sport are small and one player will get selected over another despite there being nothing much between them. This is not a very awe-inspiring thing.

Does it feel remarkable to watch the top percentile of a marginal gains competition trying to out marginal-gain each other? Or is it perhaps a little more exciting to feel like you’re watching strange beasts from another dimension engaged in a titanic tussle?

Test cricket is better when we think of the cast as outliers. That’s why it’s reassuring that after quietly monstering Test bowling attacks for 12 years, Alastair Cook quietly monstered a county one. It means he’s different.

But at the same time, what on earth does Cook think he’s doing? What business did he have being there, playing in that match?

Perhaps some of Cook’s 257 international matches felt less pressured than this domestic final, but the odds are he wasn’t wracked with nerves in a way that quite a few of the other players will have been.

There’s being ‘other’ and then there’s just playing the wrong level of sport.

Watch footage of Cook batting in the Bob Willis Trophy final and you will be struck by his demeanour between deliveries. We tend to think of him as a nervy, anxious sort, stumbling over his words, but he looked more laid-back than we’ve ever seen him before. This level of big match pressure was imperceptible to him.

Day to day, in the County Championship or the league stage of the Bob Willis Trophy, Cook is a top batsman. Add a bit more tension and pressure to the mix though and the difference becomes more pronounced. At this point he’s basically bringing alien technology to the fight.

Everyone else is tooled up with knives and meat cleavers, like in Gangs of New York, and Cook turns up in his spaceship having concocted an organic compound which can mutate other life forms and create hostile new species.

It is not a fair fight.

This rampant superiority is great for how we think about Test cricket, but it did give a bit of a Competitive Dad feel to the final of the Bob Willis Trophy.