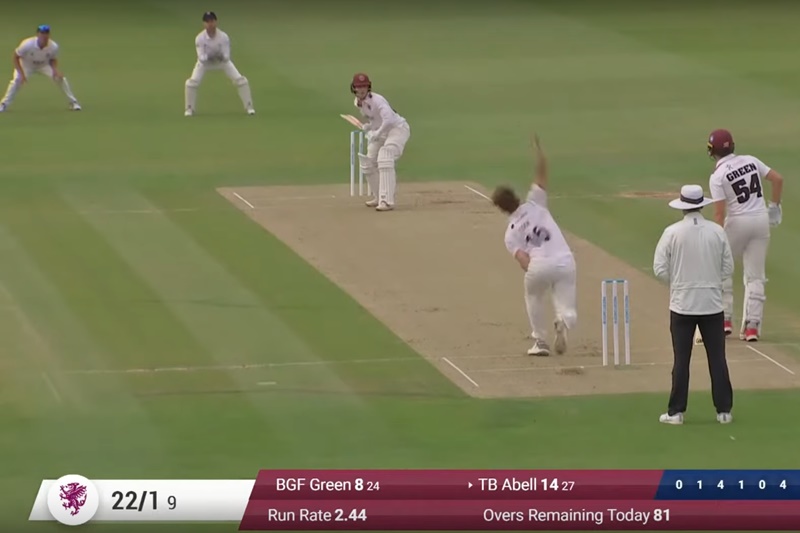 The Bob Willis Trophy final between Somerset and Essex is taking place this week. There were only 44 overs yesterday, but that’s okay because it’s a five-day game.

The big news is that you can watch it. Sky Sports, the England and Wales Cricket Board and the BBC are all streaming it for free. Play starts at 10.30am each day.

Sky have actually left the whole day’s play on their YouTube channel, so you can watch it in its entirety if you wish – including when they cut to this image for hours on end for the rain delays:

The Bob Willis Trophy has met with a mixed response.

Most people seem to accept it was a pretty good effort to run some sort of first-class competition given the circumstances, but we’ve definitely detected a bit of “oh no, what if they decide this is a great format” from some.

We are in favour of fewer first-class matches because we’ve always felt the usual frequency actually diminishes the County Championship.

We also like having some sort of finale between the top teams. It’s just a one-off final this year, but a small play-off league could be an alternative.

So we think that something similar to this would be okay.

Our only real gripe with the Bob Willis Trophy’s conference-based format is that in having ‘the strongest two teams’ going to a final when there are three leagues, what you’re essentially doing is punishing the strongest league (the North Group).

Maybe they could mix up the groups and do a seedings thing so that everyone could be in with an equal chance of thrashing Surrey.