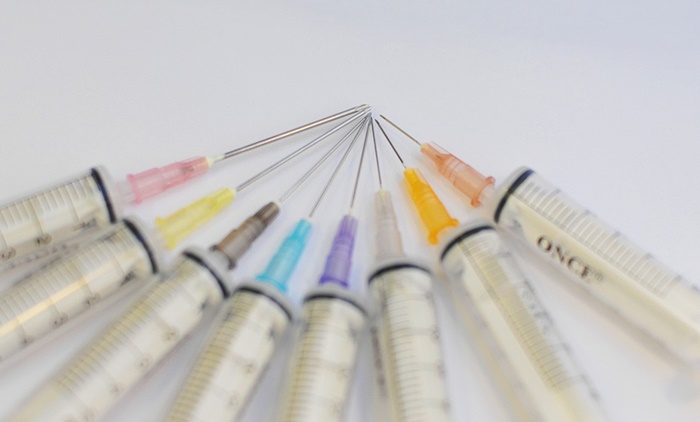 We’ll try and keep this fairly short because now that we’ve written the headline, we’ve realised we don’t actually want to write a whole big thing because it’s not really a very fun subject.

Jarrod Kimber yesterday posted a sort of mea-culpa-cum-podcast-advert on his substack. It’s about drugs in sport and how he used to think that cricket was a bad sport to dope in.

He points out that this is a very common view in cricket and says it comes from a position of ignorance.

“It’s not that cricket hasn’t been touched,” he writes. “But you are shaped by the sport you cover. If I wrote about cycling or athletics, I’d be all over these topics.”

It struck us that this is us. We do actually cover cycling – and not solely in our usual way, but also in a proper grown-up way where we have to know the difference between triamcinolone and erythropoietin.

So here, in no particular order, are a few things that a cycling journalist thinks about when he considers whether players are doping in cricket.

Cricket is not just a game of skill

Have you heard of baseball? Baseball is a game where a great many people have turned to steroids over the years because baseball financially rewards people who can propel a ball very quickly with their hand or hit it ‘out of the park’ using a bat.

The similarities with cricket’s shortest format are obvious, but there are easy ways you could improve your performance in the longer formats too.

Ever seen a batsman get out to a tired shot? Ever noticed how a fast bowler becomes less fast as a spell, match or series wears on? Fitness is important. There are definitely things you can take that would make you a hell of a lot better at Test cricket.

Cricket is not especially likely to catch dopers

World Anti-Doping Agency (Wada) figures for 2016 state that 1,164 tests were carried out worldwide that year, of which only 31 were out-of-competition tests. (Out-of-competition is when people are far more likely to be doping.)

Fencing conducted 1,618 tests in the same period and canoeing conducted 4,196 tests. Road cycling, with only a few hundred professionals, conducted over 13,000 tests.

Cricket’s were all urine tests too. Blood testing only began the following year and hasn’t exactly taken off since.

There is not quite so great an incentive to dope in cricket as in cycling, but you are far, far, far less likely to get caught if you do.

Given the athletic pedigree of the region, the Jamaica Anti-Doping Commission (JADCO) has probably been subject to greater scrutiny than many other drug testing agencies over the years. You wonder whether their testing regime may be a little more thorough.

Cricket may not especially want to catch dopers

If you look elsewhere, there have been cases where something of a blind eye has been turned to athletes considered hugely important to the marketability of their respective sports.

We are not saying that this is happening in cricket. What we are saying is that those who run cricket generally believe they are primarily responsible for the sport’s popularity, not its purity. As such, anti-doping is a means to an end.

In short, high profile doping is bad for a sport’s credibility, so you try and prevent it. But if you later discover that you have already failed to prevent it then… maybe you manage things a slightly different way.

‘Doping’ is not black and white – it is a continuum

There is a tendency to think in terms of good guys and bad guys; players doing things properly and those who are breaking the rules.

But lines are not so easily drawn. Performance enhancers stretch from caffeine to blood transfusions. (Strikingly, the latter isn’t even a drug – it’s just your own blood being put back in again.) Between those two extremes lie a great many things that are obviously wrong and a few others which aren’t.

Take, for example, allergy medication. An over-the-counter nasal spray isn’t going to make much difference either way, but in extreme cases the condition can also be treated with an injection that also just happens to melt away body fat but not muscle.

Most drugs have multiple effects. Some side effects are desirable. When these drugs are prescribed, how can you discern intent?

There will always be borderline drugs that are sometimes permitted and sometimes not and also borderline treatment cases where the use of a particular drug may or may not be justified.

We get why people make the ‘level playing field’ argument that athletes should be allowed to take whatever they want and then it’s ‘fair’.

However, all this would do is turn drug-taking into an arms race. Athletes would take more and more in a bid to gain an advantage – or even to keep pace with everyone else – and eventually someone would suffer great harm or die.

This is a little less likely in cricket, where sporting outcomes are not so overwhelmingly influenced by physical fitness, but the principle still stands: if you let the competitors decide what should and shouldn’t be taken, it turns into part of the competition.

No-one really knows what’s going on, but (a great many) drugs are bad mmkay?