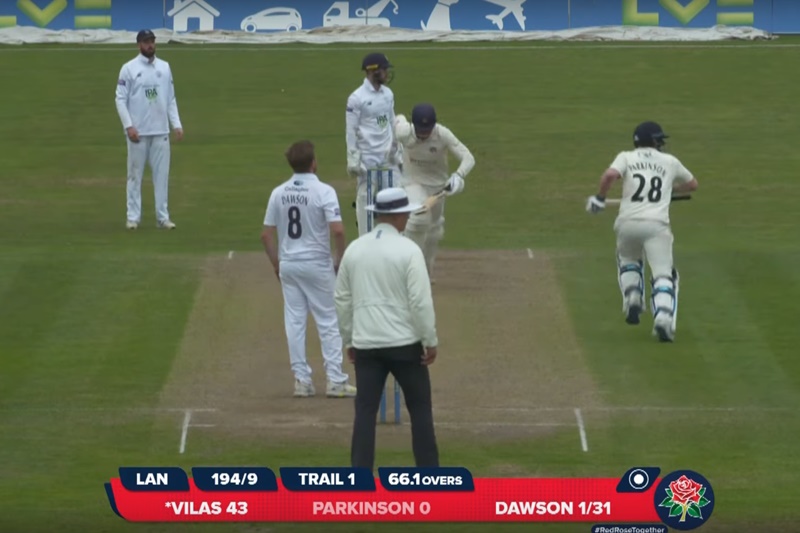 The groups-then-divisions format of this year’s County Championship achieves a couple of significant things. (1) It creates a magnificent climax where the top teams are all pitted against each other and vying for overall glory. (2) It creates a great morass of meaningless fixtures where everyone else is vying for nothing much at all really.

Three divisions with promotion and relegation – that’s the format they need. But for now we have this, so let’s focus on the interesting bit.

Lancashire’s match against Hampshire was indeed shaped by the contribution of The Machines’ Mohammad Abbas, as we predicted last week. He took 5-48 in Lancashire’s first innings, but it was construction-machinery-monikered leg-spinner Mason Crane who took centre stage in their second.

Not wanting to give themselves a chance of winning the County Championship/qualifying for the Bob Willis Trophy without a struggle, Lancashire concluded that the best thing to do would be to plummet from 151-4 to 194-9 in pursuit of 196 to win.

Paul Edwards suggests Matt Parkinson might be nominated for an award for defending the two balls before Dane Vilas then swept the winning runs.

There was talk in the comments yesterday that the County Championship outranks the Bob Willis Trophy with the latter a Community Shield style contrivance. We’re not so sure. Following directly on from the Championship and contested by the top two teams, it’s more of a continuation and perhaps more akin to the Sheffield Shield or Ranji Trophy finals.

We may form a firmer editorial stance on this matter if Lancashire happen to win one of the two competitions.

Update: Currently erring on the side of The Bob being the bigger ‘un.