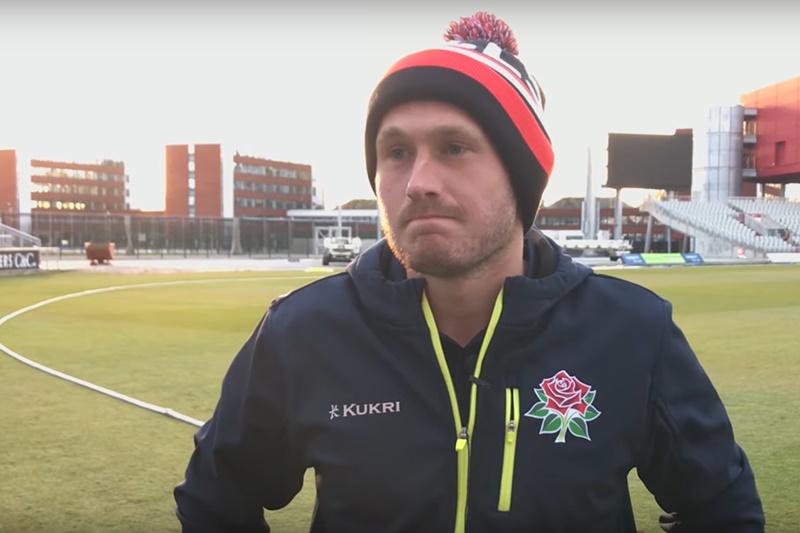 Matt Parkinson bowled someone with a ball-of-the-century-esque leg break earlier this month. He is also the man responsible for the slowest delivery in the entire CricViz database. Last week he took 7-126 in Lancashire’s innings victory over Kent, meaning he now has 15 wickets at 16.80 this season – despite the fact he’s bowling spin in April. Matt Parkinson is worth talking about.

“I like to think I’ll spin the ball on most pitches,” he told Wisden’s Ben Gardner last week.

We’ve been investigating this by repeatedly watching that wicket against Northamptonshire a couple of weeks ago and his story appears to check out.

We particularly like the satisfied “I have just completed leg-spin bowling” celebration.

Explaining the delivery, he said that former team-mate Simon Kerrigan had been slogging him for a few fours, “so I just thought sack it, I’m gonna try and rip it.” (Adam Rossington was actually the victim – Kerrigan was at the other end.)

Parkinson has played four matches for England, split evenly between the two white ball formats. He hasn’t taken a wicket in the 50-over games and while he managed 4-47 in one of his T20 appearances, he’s gone at 10 an over.

Throw in the fact that he didn’t play a single first-class game last year and it’s easy to think of him as a guy who’s been picked simply because limited overs sides actively seek out wrist spinners these days.

But then you see a delivery like that and his first-class returns this season and you think, oh, okay, maybe he’s doing a bit of something.

The slowest delivery stat is a striking one, but there are two sides to it.

Parkinson said: “If I was to play and bowl at the speed that CricViz have me at, no one in the world bowls that slowly who has done well in Test cricket. So you start having to think, well, I might have to do something about this.”

He has reportedly been bowling a little bit quicker of late. But then CricViz also says that no bowler in the world spins the ball as much, or drifts it as far. That doesn’t seem unconnected. If the ball’s coming out slightly slower because a greater proportion of energy is going into spinning it like Kylie, that doesn’t seem like such a bad thing.

Anyway, we’ve been here before. We know what to do. The leg-spinner bandwagon is inviting and capacious and there’s no reason we can’t all climb aboard.