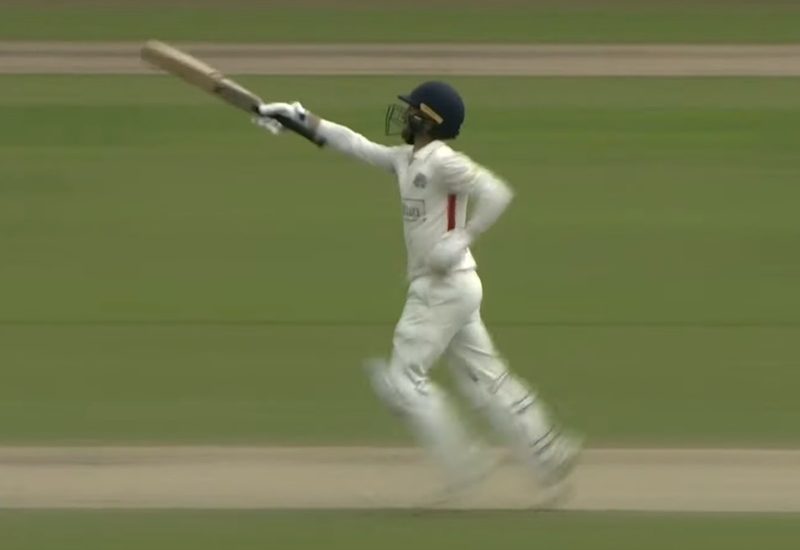 Last week might have been the first time since the 1990s when we didn’t think Lancashire could have improved their XI by including Glen Chapple.

Chapple is getting on a bit these days, but he was getting on a bit for quite a large proportion of his magnificent playing career and it never really seemed much of an impediment to performance. It’s therefore always felt like his absence from the first team has been an artifice – a ruse to build a bit of confidence in a group of 20-somethings who might otherwise feel dispirited upon witnessing the chasm in ability between themselves and their coach.

This view has survived quite a few middling Lancashire sides and a couple of just-about-better-than-okay ones. But it doesn’t feel so relevant now.

The most striking element was the bowling attack. This comprised James Anderson, Hasan Ali, Saqib Mahmood and Matt Parkinson, plus two or three all-rounders just in case that foursome couldn’t get the job done.

James Anderson you’ll perhaps have heard of. Mahmood is shaping up as the answer to England’s overseas old ball ineffectiveness. Parkinson increasingly deals in unarguable bowling analyses delivered via an idiosyncratic method that is based around dismissing batters with quite incredible deliveries.

This week he snapped a stump in half.

All of this wicket-taking power would be rather less valuable if Lancashire were persisting with their long and storied tactic of not making any runs. However, they’ve instead seen fit to put together a middle-order comprising Josh Bohannon (first-class average 47.50 with 231 v Gloucestershire); Steven Croft (in recent years Lancashire’s most reliable batter, 155 v Kent in the first match of the season); and Dane Vilas (first-class average 42.10, 109 v Gloucestershire, 124 v Kent). Throw in Salty Phil and his ball-striking (no-one talks about Phil Salt without using the term ‘ball-striking’) and there’s probably going to be a few runs.

But how long will this last? Have Lancashire made the age-old mistake of becoming a bit *too* good.

Who honestly knows what’s going on with Jimmy at the minute, but he might only be around for the spring. The same goes for Mahmood.

And then there’s Bohannon and Parkinson, both of whom are being spoken of as potential England players and aren’t really doing their chances any harm by hitting double hundreds and spinning out opponents.

King Cricket can also be devoured in email form. Find out more here. (There’s not much to find out, if we’re honest. It’s not a complex topic.)