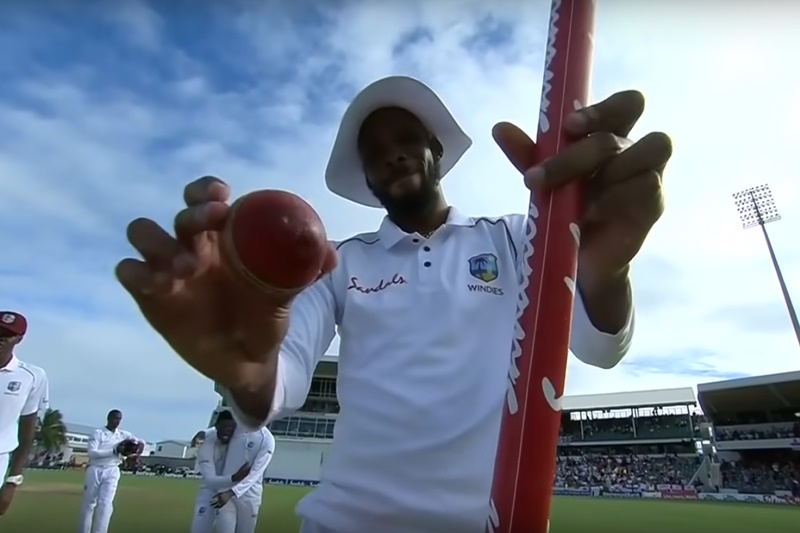 There have been 28 occasions in the last 25 years when a bowler has taken eight wickets or more in a Test innings. Some of these were weirder than others.

At what point does a bowling performance become really, truly, freakishly remarkable? We’d say at the seventh wicket.

Five-fors are pretty commonplace, while a six-for can be a good day at the office with the new ball, a bit of luck for a third wicket and then running through some rank tail-enders. But if you’ve taken seven wickets, you’ve done something really special, haven’t you?

R Ashwin has taken five of the things on his own.

Put it like that and you start thinking that maybe seven-fors sometimes leave the earth unshattered.

But eight-fors? Come on. An eight-for is nuts. You can’t take an eight-for without bowling exceptionally well or at least pretty damn solidly while the rest of the bowling attack goes completely AWOL.

As we’ve already established, there have been 28 Test eight-fors in the past quarter century. None of these were anything other than completely weird because the taking of eight wickets out of a possible ten is always fully outrageous.

There’s a bit in The Other Guys where some golfers take down a helicopter. “We’re cops. Hit the chopper,” shouts Will Ferrell’s character and a load of people at a driving range just start wellying balls at it. A few of these balls hit someone or something important and the helicopter crashes.

On some level a Test innings is a bit like this. Yes, there’s a huge amount of skill in the taking of wickets, but it’s still a number game. You try and consistently put balls in the right sort of area and a certain proportion of them will get you a wicket. For a whole bowling attack to be attempting this with only one of them having any real success is unlikely.

Even so, some bowlers are more likely to end up with eight wickets than others. Muttiah Muralitharan took three eight-wicket hauls and two nine-wicket hauls because (a) he did an insanely large proportion of Sri Lanka’s bowling during his career, and (b) he was magic. (Obviously these two things are not unconnected.)

Similarly, Glenn McGrath took two eight-fors because he was a great bowler who tended to do a fair proportion of his team’s bowling within a four-man attack. (Somewhat surprisingly, Shane Warne only took one eight-for, which is fewer than Craig McDermott.)

Spinners are also a bit more likely to take an eight-for because they tend to have fewer team-mates who are suited to exploiting the same conditions as them.

What we’re saying is that all eight-fors are weird, but some are weirder than others.

Here are six really weird occasions from the last 25 years when a bowler took eight wickets or more in a Test innings.

Let’s say you paid a visit to Rekall Incorporated and they wiped your memory of all eight-fors but left you with all of the rest of your knowledge about famous cricketers. How long would you be guessing eight-wicket-hauliers before you got to Lance Klusener?

He’s generally thought of as a one-day cricketer for the reasons above, but Klusener also played 49 Tests. During this time, he took just one five wicket haul – 8-64 against India at Eden Gardens on what was not exactly a seam bowler friendly pitch.

South Africa had made 428 in the first innings and India responded with 329, including a 74-ball hundred from Mohammad Azharuddin. Klusener opened the bowling and returned the uninspiring-to-troubling figures of 0-75 off 14 overs.

South Africa then made 367-3, so at this point it’s not exactly a minefield – particularly when you consider that one of those three wickets was a run-out.

All in all, things didn’t look too promising for South Africa’s bowlers – particularly given Allan Donald was off the field with a severely bruised left heel. Klusener then rollocked in and bowled India out for 137.

Over time, a Muttiah Muralitharan five-for came to feel like almost an inevitability. Opponents’ aspirations tended to centre on how many runs he would concede for the taking of those wickets – or even just how many overs he would have to bowl – rather than on actually getting the better of him.

But before he became an unstoppable warlock, Murali was just a man with a weird bowling action. Arriving at the Oval in 1998 for a one-off Test, he had 187 Test wickets to his name at the respectable but unspectacular average of 28.03.

Then he took seven wickets.

Then he took nine more.

We’ve done the whole Murali at the Oval thing in a lot more detail already, but it’s worth emphasising a few elements to underline why his 9-65 was so weird.

Despite his seven wickets in the first innings, this pitch was not a bowl of dust. Our man had to bowl 59.3 overs to take those wickets. This meant England had got a pretty good look at him and it also meant that he’d moved beyond ‘well grooved’ to ‘fairly tired’.

The pitch was good enough that Sri Lanka had just made 591. Murali then bowled another 54.2 overs and took 9-65.

The other wicket was a run-out.

Only two bowlers have claimed all ten wickets in a Test innings, so this is unequivocally weird.

There have been many memorable performances by Indian cricketers over the years, but this, for us, is the big one. All 10 wickets in an innings – and against Pakistan at that.

Then consider how it played out.

Chasing 420 to win, Pakistan were 101 for no loss and then Anil Kumble took all of the wickets.

Sorry, that glosses over a few of the details, but that’s really the full weirdness in a nutshell: one guy took all of the wickets while the other guys combined took none of the wickets.

Pakistan were all out for 207.

Jason Krejza suffered a bruising Test debut in which he took eight wickets in an innings. That is a very hard statement to get your head around.

Everything about this performance was weird really – right up to the fact that Krejza was even playing in the first place.

Krejza was named in the Australia squad to tour India despite a first-class average of 50.09. It is safe to say he was not well known. The warm-up matches then went terribly.

“I think we will go after him,” warned Virender Sehwag, ominously.

In Krejza’s first over, Sehwag duly walloped him back over his head for four and then six and after three overs the off-spinner had conceded 32.

Then he got Rahul Dravid for a duck on his way to 8-215 off 43.5 technicolour overs, during which he also saw Sachin Tendulkar dropped twice off his bowling.

Krejza’s other wickets in the innings included Sehwag, VVS Laxman, Sourav Ganguly and MS Dhoni. (The Laxman one in particular was a ruddy beauty.)

In the second innings he took 4-143 off 31. Australia lost, obviously.

A month later, Krejza played his second Test, this time in South Africa. He took 1-102 off 25 overs in the first innings and 0-102 off 24 in the second and never got picked again.

The first and last overs of this famous Stuart Broad spell were terrible. In the first he averaged 3.00, and in the last he averaged 4.00.

Those sound pretty good as bowling averages – and in most situations they are – but in his other eight overs, he averaged 1.00.

That’s why Broad’s performance was so remarkable. These other eight-wicket entries are weird, but Broad’s was economically weird-beyond-weird. Runs scored off the bat really should be more than twice as likely as wickets when measured across an entire innings.

You could bowl at a team of 11 Chris Martins and legitimately expect to emerge with worse figures than this.

Bowling is Chase’s secondary skill. He is a spinner who does a job and that job is ‘wazzing it in without really giving it much of a rip and with no enormous expectation of taking a wicket’.

However, at Bridgetown in 2019, he took eight of them – his figures all the more remarkable given that Jason Holder and Shane Dowrich had just put on near enough 300 for the West Indies’ seventh wicket before a declaration.

Looking back, it’s quite the cocktail. As well as a few batsmen playing for non-existent turn, Jos Buttler and Ben Foakes were dismissed slamming the ball in the vague direction of glue-handed close leg-side fielders; Moeen Ali tried to glide one into the hands of slip and succeeded; Adil Rashid fell victim to a juggling boundary catch at cow corner; and Sam Curran was stumped after failing to lay bat on a wide leg-side delivery.

This perhaps explains why Chase’s record of running through a side is not more extensive. He has only two other Test five-fors to his name: 5-121 against India and 5-172, also against England.

Big Dwayne Leverock-sized thanks to all the fine folk who are chipping in a couple of quid each month to support this site on Patreon. Your pledges are helping us do more features like this. If you’d like to join them, you can flip us a shiny coin or buy us a pint each month here. Don’t feel you have to, but huge thanks if you do.

You may also want to sign up to get our articles emailed to you.