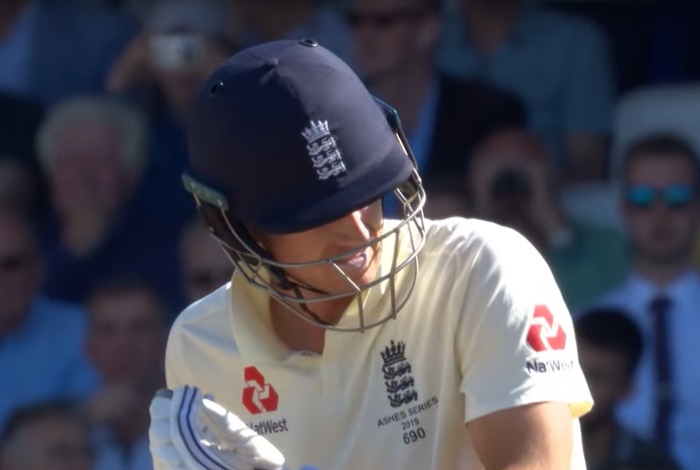 Picking teams is fun. That’s why fantasy cricket leagues are a thing. Tell you what’s not fun though: picking a team for a living and being subjected to actual real-life scrutiny for all of your terrible decisions.

Whenever a Test squad is announced, there’s generally at least one selection you’ll disagree with and quite often it’s James Vince. Whoever it is though, you can normally at least understand how the decision came about, even if you don’t necessarily agree with it.

However, every now and again, about once every five years or so, there’s an out-and-out weird Test selection that makes absolutely no sense at all.

Here’s a true thing that you might not be fully aware of: these truly weird selections are actually very hard to identify when you look back into the past. Hindsight knackers everything up, you see.

Here’s a couple of examples.

Usman Afzaal played three Tests for England and made 83 runs. His feels like a weird selection because we think of him as a nothingy sort of middle-order Test batsman. But Afzaal averaged 40 in first-class cricket and England needed a middle-order batsman. His selection made total sense.

Chris Schofield played two Tests for England and never took a wicket. We remember him as a leg-spinner who couldn’t even hack it in county cricket, but he was called up before anyone knew he would utterly fail to live up to his promise. He made his Test debut at 21 at a time when there was huge desire to find a wrist spinner. His selection was understandable.

Here are some weirder ones.

Not good, not bad – just weird.

The Pattinsons moved around. Darren was born in Grimsby, James was born in Melbourne, then they all went back to the UK for a bit. “We lived in one of those skinny houses,” said James about the period the family spent in Cleethorpes.

As we all know, James ended up playing for Australia, but only after Darren had played one Test for England. It wasn’t the fact he had an Australian accent that made it weird. It was the fact that he was almost 29 and had only played 11 first-class matches. (He’d mostly been working as a roofer.)

England seemed to change their entire selection policy out of nowhere for this one. At that time they didn’t really do ‘horses for courses’. Whenever there was an opening, they had a hierarchy and the players in that hierarchy tended to have quite a bit of cricket ahead of them and generally quite a bit more than Pattinson behind them as well.

To provide the necessary context, here are the pace bowlers who made their Test debuts before and after Pattinson: Chris Tremlett, Stuart Broad, Tim Bresnan, Graham Onions and…

Sometimes, even with that era’s very careful ‘picking-on-promise’ sort of policy, selections still ended up slightly weird. Amjad Khan was a good bowler, but in terms of promise, he was never The Next Big Thing. He was also sufficiently injury-prone that he never really forced his way into the team based on his returns in county cricket either.

Yet somehow, thanks to a certain amount of promise and a reasonable record and a couple of injuries, he played a Test match. His first over lasted nine balls and he was later fined for excessive appealing.

Amjad Khan is the only person born in Denmark to play Test cricket, which is weird enough to warrant inclusion in itself.

What on earth was that all about? Scott Borthwick basically played for England because he happened to be in Australia.

Depending on your nationality, you may or may not remember the 2013/14 Ashes. If you don’t remember it, all you really need to know is that it did not go amazingly well for England.

It went so badly, in fact, that when Graeme Swann retired after the third Test, England concluded that it wasn’t worth spending money on long haul flights. Borthwick was already over in Australia playing Grade cricket, so they added him to the squad.

By the fifth Test, there were quite a lot of players who England did not want to pick because they were fragile eggshell men. Borthwick was duly selected as the frontline spinner, despite having finished 15th in Durham’s Championship averages the previous season.

Scott Borthwick is a batsman now.

Joe Denly made his Test debut against the West Indies earlier this year. Let’s walk through how that actually came about.

Denly had a really good 2018 domestic season in white ball cricket. He made some runs and bowled a bit more than he had done in the past. His leg-spin was duly recategorised from ‘part-time’ to ‘handy second string’.

Even though he’d only averaged 34.50 in the second division of the County Championship, he was called into England’s Test squad for the tour of Sri Lanka. He wasn’t named in the limited overs squads, but when Liam Dawson was injured they brought him in. He played the T20 international and took four wickets.

A combination of that performance and hanging around without being Keaton Jennings meant Denly made his Test debut. Ever since then, he has done juuuuust enough to avoid being dropped and gives every impression he will continue in that vein pretty much forever.