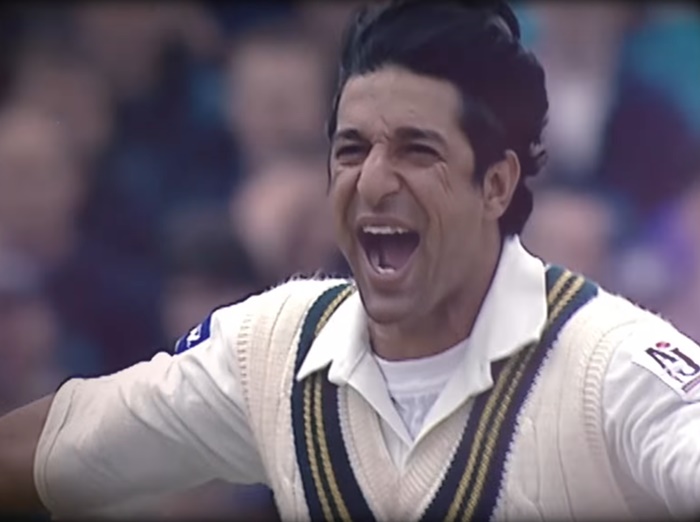 Here’s a fact for you: most left-handed batsmen are right-handed.

Okay, we haven’t actually delved into the data to uncover that, so that may not technically be a fact. We’re pretty sure it’s true though. Batting is a thing you do with both hands. Just because cricket calls one stance ‘left-handed’ and the opposite one ‘right-handed’ doesn’t mean much at all really.

No left-hand batsman has scored more Test runs than Alastair Cook. However, if you’ve seen him bowl, you’ll know that Alastair Cook is actually right-handed. (Admittedly, it isn’t entirely clear-cut from watching him bowl, but you have to assume that if he were any better with his left hand, he’d use it.)

The most successful left-handed Test batsman who is actually left-handed is Allan Border.

The flipside of this is that there are of course left-handed people who have batted ‘right-handed’ in Test cricket and made runs.

The team below comprises only people who are actually left-handed, which is to say we’ve gauged their handedness by their bowling arm. This is a very good but not flawless way of deducing handedness, as you’ll see.

Most of the batsmen are considered ‘right-handers’ and we’re hoping that we get lots of angry comments about this. (That’s the main reason why we didn’t include Border, if we’re honest.)

A disappointing inclusion for two reasons. (1) It now seems like Sanath might be a bit of a wrong ‘un. (2) Unlike everyone else in the top order, he did actually adopt a left-handed stance.

In our defence, we’ve previously stated our fiercely held belief that Sanath the cricketer is an entirely different bloke from Sanath the bloke who failed or refused to co-operate with an anti-corruption investigation.

We will include Wilfred Rhodes in an XI any chance we get. Any cricketer who was picked to bat at both 1 and 11 in a Test team would be worthy of inclusion, even if he didn’t have 58 first-class hundreds and 4,204 first-class wickets to his name.

Most importantly of all, Rhodes was absolutely dynamite when we picked him in Cricket Captain 2018’s All-Time Greats mode. You can’t argue with that. Well, you can, but you should probably find something more productive to do with your time.

It’s Denis Compton, isn’t it? This is an easy pick.

Did you know that as well as all the runs, Compton also took 25 Test wickets bowling left-arm wrist spin? Four more wickets without conceding another run and we could have classed him as an all-rounder according to the old ‘averages less with the ball than the bat’ criterion (Wilfred Rhodes passes that, by the way).

Bit of an arsehole, but he was Lord Megachief of Gold for 2012 so it kind of feels like we have to include him.

We made Inzy one of our ‘Kings of Cricket’ for All Out Cricket a few years ago. Rebrands and domain name changes mean those words are now sadly unlinktoable, but the crux of the piece was that we loved his souplesse.

Souplesse is a cycling term which refers to the perfect pedal stroke. It’s a fluid, effortless movement with no wasted motion whatsoever.

Inzamam-ul-Haq did everything required for a perfect shot and nothing more. There was no flourish, no muscularity. Afterwards, it was almost as if nothing had happened at all. Then he’d get run out.

Garry Sobers was left-handed, so, um, that’s that really. Garry’s in.

We’ve stumbled here. In large part because of the nature of the job, we couldn’t find a decent wicketkeeper who bowled with their left hand.

There are people like Adam Gilchrist who batted left-handed and bowled right-handed, but left-handed bowlers who typically wore the gloves proved impossible to identify. Best we could manage was all the people listed in the subheading above who kept wicket but never actually stooped to revealing their preferred handedness by turning their arm over. Any of these players could be left-handed. We’ve no idea.

Wasim was a bowling attack in his own right: a new ball bowler, a reverse swing master, a line and length seam bowler and a flat track innovator. He found angles no-one knew existed. He could basically do anything.

We imagine you’ve some questions about this selection.

Most of you will be thinking that Johnson bowled with his left-arm and Gough bowled with his right, so why the hell is the Yorkshireman even mentioned? You are absolutely correct. Johnson did indeed bowl with his left arm. But here’s a video of him playing tennis right-handed.

If we’re defining handedness by bowling arm, let’s go with Johnson. However, if we’re going to consider him right-handed on the basis of tennis and autographs, that opens the door for Gough, who plays darts and signs autographs left-handed.

Gough would certainly bring something a little different to the attack.

Derek Underwood is one of those cricketers who gets talked about far less than seems fair, given his record.

Deadly played 86 Tests and took 297 wickets at 25.83. That’s a broadly similar record to Bob Willis (90 Tests and 325 wickets at 25.20) in pretty much exactly the same era, yet you almost certainly know a great deal more about Willis than you do about Underwood.

Despite this, we’ve only got Underwood down as a second spinner, which would arguably be an unnecessary role in a side that also contains Rhodes and the multi-faceted Sobers – even if he was a very, very different brand of spinner.

If we were to opt for another pace bowler instead, we’re having Mitchell Starc because he bowls at the stumps as fast as he can and that’s an approach we just fundamentally like.

Herath Mudiyanselage Rangana Keerthi Bandara Herath (yes, his name is Herath Herath) seemingly spent 95 per cent of his career only a match or two away from retirement. This stopgap veteran status persisted long enough for him to snare 433 wickets, which is an insanely large number. It’s actually more than Wasim Akram, which is a fact we can’t really wrap our head around.