Why don’t we just pretend that Sanath Jayasuriya the cricketer was a completely different human being? 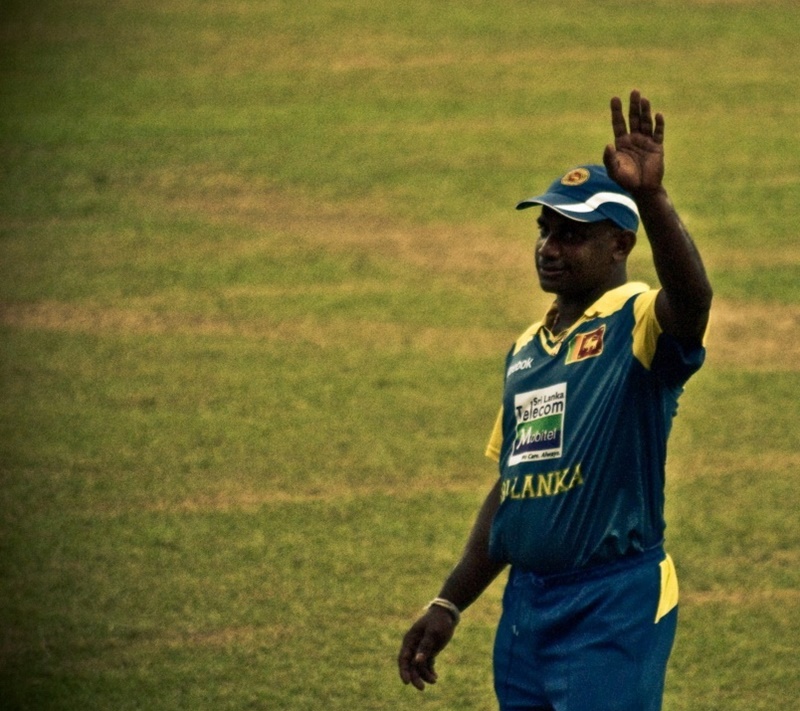 END_OF_DOCUMENT_TOKEN_TO_BE_REPLACED

Sanath Jayasuriya has finally bowed out of cricket just three days short of his 70th birthday. He departed how he had thrived, with a ferocious cut shot.

Asked to reflect on his career, Jayasuriya may or may not have said:

“Eh? What? Speak up. Why does everybody mumble these days? Is it too much to ask that people speak clearly and audibly? You’re all too busy playing with your iTelephones and Sony PlayMachines to enunciate properly. What’s the world coming to? Bring back conscription, that’s what I say.”

Benevolent Uncle Sanath is back

We asked what he might conceivably add to that sentence.

Sam concluded that there was nothing to add.

Sanath Jayasuriya sails on in the World Twenty20

Will Sanath Jayasuriya’s sublime piracy never end? He’s 40 in a few weeks time and yet here he is, playing in the World Twenty20, hitting 81 off 47 balls against the West Indies.

It’s early days for international Twenty20, but only five players have scored more runs than Jayasuriya’s 424. Of those, only two average more than his 35.33 (Misbah-ul-Haq 51.44 and Graeme Smith 36.25). Of those same five, none can match his strike rate of 154.18 runs per hundred balls.

But to dwell on statistics is to insult the true genius of Sanath Jayasuriya, which is of course the joyous ‘ha haaa’ scythe over the offside infield.

If Jayasuriya were English, they’d have discarded him after he made a duck against South Africa in a Test match in 2002. They’d have said that his eyes had gone and would have replaced him with some nervous posh kid with ‘bags of promise’.

Who needs promise when you’ve got the ‘ha haaa’ scythe?

June 11, 2009 / King Cricket / Comments Off on Sanath Jayasuriya sails on in the World Twenty20

Tell you what we like in cricket: we like people who made their names doing one spectactular thing in particular to do exactly that thing only at a slightly advanced age.

For example, you might say to a cricketing newcomer: “This is Sanath Jayasuriya. He’s famous for scoring runs ludicrously quickly at the start of one-day matches. He probably won’t do it now though, because he’s getting on a bit.”

But he does do it! Things are exactly the same!

No player deteriorates. Everything is exactly the same. The old, balding master is still infinitely more masterful than the trendy young kids.

Okay, so Benevolent Uncle Sanath’s 55-ball hundred was against Bangladesh, but we can go a bit overboard because it was his birthday (39) and he did carve up the IPL as well, don’t forget.

Sanath Jayasuriya bowing out in style

Test cricket is losing its pirate. Sanath Jayasuriya has boomed his last ‘ha-haaaa’ to the point boundary. He’s carrying on in one-day internationals, so it’s not the ‘end-end’. It’s just an end. A bit of a sad one.

His final Test innings was a rapid and crucial 78, which is a perfect Jayasuriya innings. Okay, he hit 340 once (Sri Lanka 952-6 declared v India) but the quickfire fifty was more his thing.

We’ll remember Jayasuriya for the occasions when we first saw a Sri Lankan score when he was already out. ‘Eh? That can’t be right, can it?’ we’d think, before a commentator would enlighten us by saying that our baldy pirate had hit 55 off 20 balls before anyone realised the match had started.

We propose that a scything cut be renamed ‘a Sanath’ in his honour. ‘Michael Clarke played a searing Sanath over the point fielder’s head to reach his fifty.’

December 3, 2007 / King Cricket / Comments Off on Sanath Jayasuriya bowing out in style