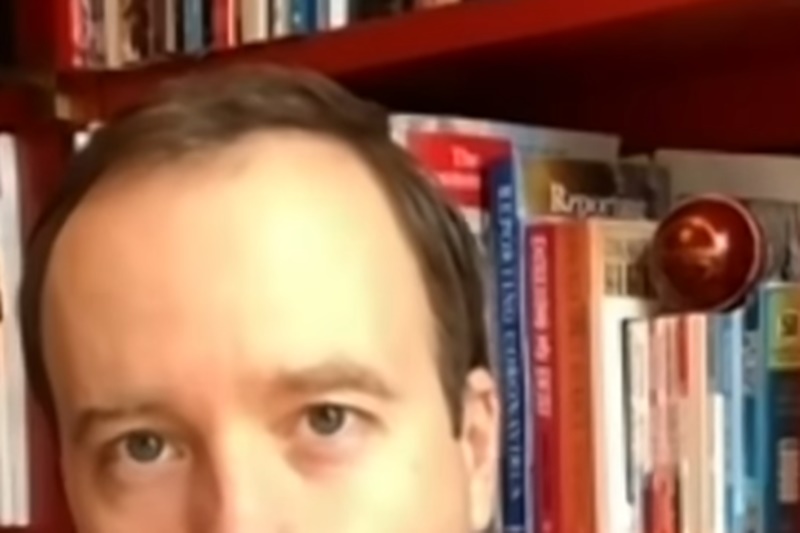 Send your pictures of cricket bats and other cricket stuff in unusual places to king@kingcricket.co.uk. Please feel free to deliberately place the cricket thing in the unusual place yourself.

“Just to the north-east of the cabinet minister’s ear, I can clearly see a cricket ball,” he said.

This is not perhaps the most unlikely location for a cricket ball as Hancock’s affection for cricket is fairly common knowledge.

In 2005, he went on an expedition to the North Pole during which he played a game.

We’re not sure which one of those people is Hancock.

He later explained: “I played the most northerly game of cricket out on the Arctic ice and to prepare for that – instead of dragging all the food you need, because we took everything and pulled everything behind us in a pulk – I ate enormous amounts of food and I put on three stone. I ate five meals a day and one of those meals was entirely flapjack.”

Since then, we’ve had a pretty excruciating game of office cricket for the 2019 World Cup…

… and also this, which is just pure Competitive Dad.