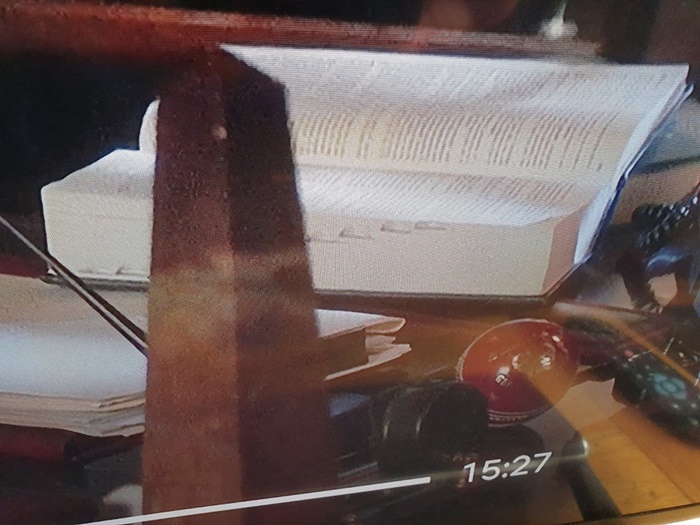 After deciding I was going to waste a Saturday between mowing the lawn, chatting shit to mates, finishing Borderlands 2 (again) and watching telly, I came up with this.

It’s a scene from a telly programme called Designated Survivor. It’s on Netflix and seems to be based around close-ups of Kiefer Sutherland taking his glasses off and looking a bit pensive (he’s president of the US, so has a bit on his plate).

Anyhow; the pic was taken during episode 473, where something was happening in the White House (imagine Denbigh Town Hall, but a bit bigger) press secretary’s office involving a journalist type person who didn’t appear to own a razor.

I was sitting on the sofa watching this chewing gum for the mind, when all of a sudden I noticed a cricket ball on his desk. There’s some reflection business going on in the photo with my TV remote caught up in it all, but I assure you it’s genuine.