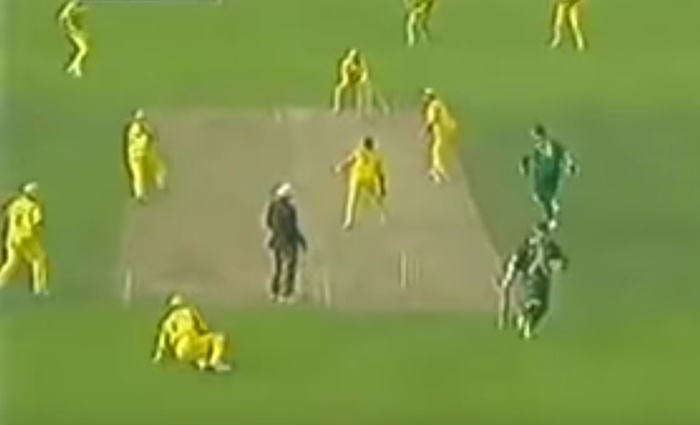 South Africa needed nine off the final over and Lance Klusener – by some way the best batsman in that tournament – belted the first two deliveries for four.

South Africa now needed one to win. The third ball went straight to a fielder, but Allan Donald was already half way down the pitch and would have been run out if Darren Lehmann had hit the stumps.

The fourth wasn’t much of a shot either, but Klusener said ‘yes’. Donald disagreed and didn’t move. As Klusener passed him, Donald realised he had to go, but it was too late. Donald was run out, South Africa were all out, the scores were tied and Australia progressed to the final thanks to an earlier win over South Africa.

If you’re not of a nervous disposition, you could watch the video. We’re neither Australian nor South African and it’s eight years later, but it’s still a little too much for us.

We’d have choked long before the final over.