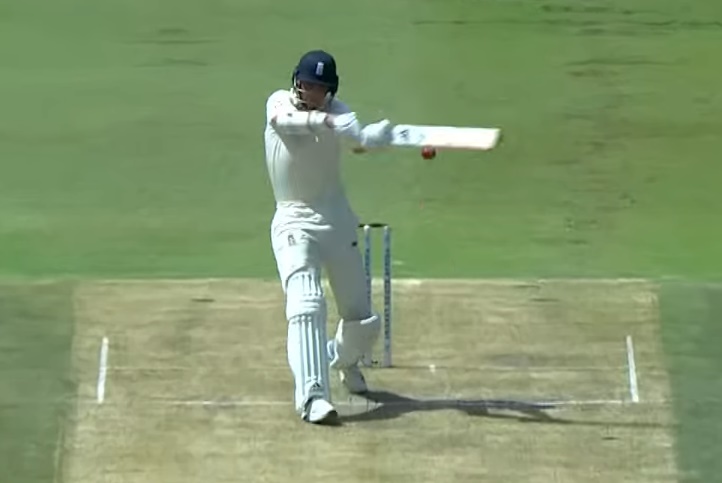 At this point in his career, Broad’s batting is all but flawless. Measured in conventional terms, it is of course massively flawed – but measured in entertainment terms, the most seismic of those flaws actually translate into enormous strengths.

Combining sweetly-timed drives with no defence whatsoever, there is a spiderweb fragility about every Broad innings that demands you savour each and every boundary (there are usually three of them, and no singles).

Put simply, Broad now offers the greatest density of entertainment of any batsman in Test history. And at the centre of his game is the hook shot, which he plays frequently, brilliantly and awfully.

Broad is afraid of the bouncer – terrified, in fact – so terrified, that he almost cannot help but larrup it into the stands for six. Broad is a cornered cat with the short ball, lashing out with fear in his eyes and scary retractable knives protruding from his furry frigging hands.

Watch Broad play a bouncer. Watch how quickly he’s onto it.

He’s onto it so quickly because he plays every delivery as if it’s going to be a bouncer – just in case it does in fact turn out to be one. This level of preparedness is what allows him to get into a position where he can flinch and duck and hit the ball, all at the same time.

Look at the photo at the top of the page. Look at the textbook-taunting way that he takes his eye off the ball and angles the face of the bat upwards. Broad wants to be dismissed. And if he isn’t dismissed, he’ll reluctantly settle for six runs, or failing that a one-bounce four, or failing that two runs from an absolute skyer that’s somehow landed nowhere near a fielder and plugged in the turf.

Now look at this follow-through.

Seriously, just look at it.

Look at this follow-through and tell us you don’t feel a pang of sadness that you haven’t just witnessed the exquisitely misguided shot that preceded it.