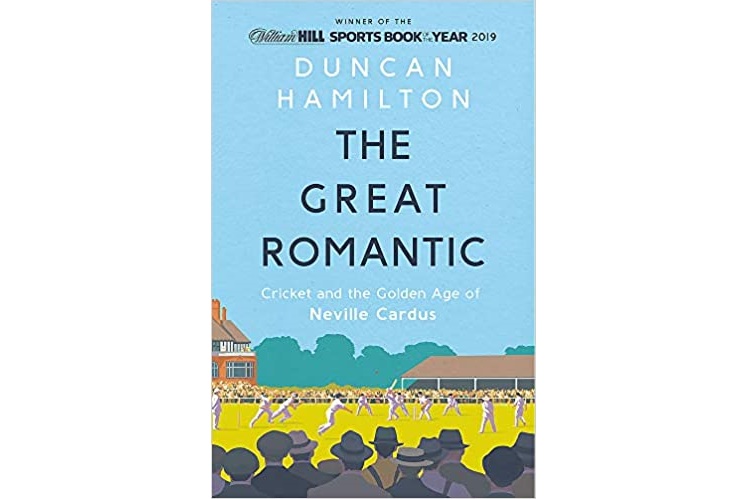 I prefer arcane places, such as the Ekoin Monastery in Koyasan, Japan, for cricket books, such as Arlott, Swanton and the Soul of English Cricket by Stephen Fay.

But these are unprecedented times.

In the glorious weather of spring 2020, when we were first locked down, it was clear that there’d be no live cricket to see for a while. Instead, I hunkered down in the garden with The Great Romantic: Cricket and the Golden Age of Neville Cardus by Duncan Hamilton.

I was transfixed by the book. Neville Cardus was a fascinating character. Hailing from modest circumstances in Rusholme, Manchester, he intriguingly “fell” into the roles of cricket and music correspondent for the (then Manchester) Guardian newspaper. Despite being an “outsider” (Cardus loved Lord’s whereas the MCC grandees clearly did not love him), he became arguably the most loved and most influential cricket writer, covering an era spanning the end of The Great War to the mid 1970s.

…it soon became obvious that there would be no cricket for some time and almost certainly no opportunity to watch cricket live in 2020.

As the Neville Cardus story progressed inexorably towards the dark clouds that were the 1930s and impending war, I couldn’t bear to read on. I had formerly read several wonderful, melancholy Cardus pieces about that era; it was not what I needed at the dawn of the pandemic.

I resolved to finish the book as soon as I could start watching live cricket again.

… I enormously enjoyed finishing the book during Days 1 and 2 of the 2021 First Test at Lord’s, as reported here on King Cricket.

Neville Cardus would probably have appreciated the sentiment. He wrote about the senses; he wrote with profound feeling. Duncan Hamilton celebrates and emulates that style in this book.

I do not recommend that you spend 14 to 15 months reading this book, but I do recommend the book highly.