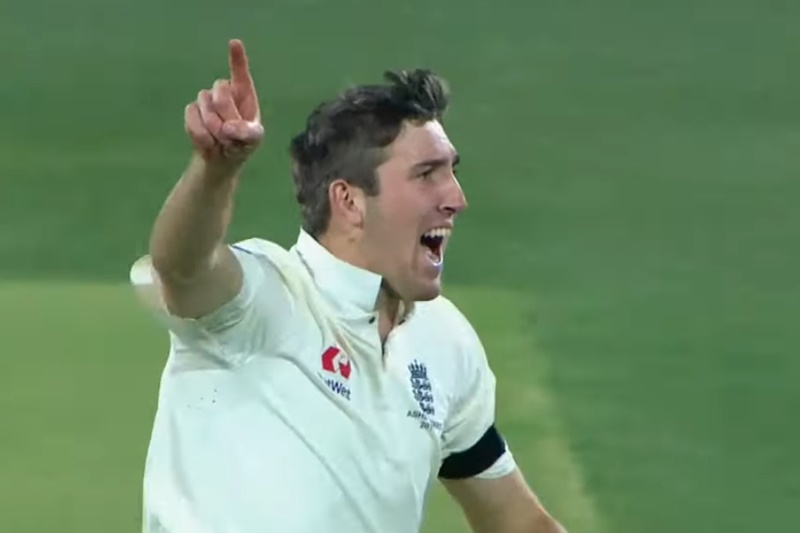 He couldn’t leave it at mere “accuracy,” could he? Chris Silverwood had to talk up the England bowling attack’s “supreme accuracy” when announcing the 2021-22 Ashes squad. “Here you go, everyone. Each of you take a stick. You’ll need these to beat us with in a couple of months’ time.”

It’s not that accuracy is a bad thing. Unless you’re Shaun Tait, accuracy is important. The issue is that for one reason or another, England are hanging an awful lot off it. They have a thousand coats on a single hook. A shower of plaster and rawl plugs feels inevitable.

With injuries ruling out Jofra Archer and Olly Stone, Silverwood didn’t have much room for manoeuvre in how to shape his team to bowl out Australia with a Kookaburra ball. Given those parameters, he resolved to avoid even the slightest manoeuvring whatsoever.

We can all get overly creative from the comfort of our armchairs, but Saqib Mahmood and Matt Parkinson weren’t insanely unlikely inclusions. These bowlers would have been more dynamic alternatives to a line-up that is otherwise a bit samey and fast-medium.

You certainly can win in Australia with supreme accuracy and a dash of finger spin. England’s two most effective bowlers in the second half of the 2010-11 Ashes were Tim Bresnan and Chris Tremlett after all. They were up against a team that had already been batted into catatonia by England’s top order though – which promises to be a more difficult part of the equation to recreate. (Who knows though. It’s definitely easier to bat in Australia than it is in England. Maybe someone will unexpectedly come good.)

These feel like dutiful nods to optimism though. The third Test of the last away Ashes saw Australia make 662-9 against an attack comprising James Anderson, Stuart Broad, Chris Woakes and Craig Overton, plus Moeen Ali. They also made 442-8 against the same bowlers in the second Test.

This time around, those same four bowlers are supplemented by Ollie Robinson and Mark Wood. This is more encouraging, but it is also easy to envisage Wood either injured or worn down to the same bowling speed as everyone else after the first couple of visits to what seems to be England’s sole Plan B.

The spinners are Jack Leach and Dom Bess who probably wouldn’t win England the Ashes even if Joe Root were happier using them.

“Every plan has got to be adaptable,” said Silverwood before basically conceding the incredibly narrow scope for adaptability he has engineered. “We have got one 90mph bowler in there in Woody. But I think the one thing that we have got in the bowling attack is supreme accuracy. You look at the bowlers that are there and the one thing they are very good at is hitting the stumps and bringing the stumps into play time and time again.”

It’s a plan that could work. But if we had to weigh the likelihood of it doing so against the likelihood that people will end up making “supreme accuracy” jokes as tired seamers bowl five wides with the score reading 300-1, we know which way we’re leaning.

Become an unofficial low-profile member of the King Cricket community by getting the email.