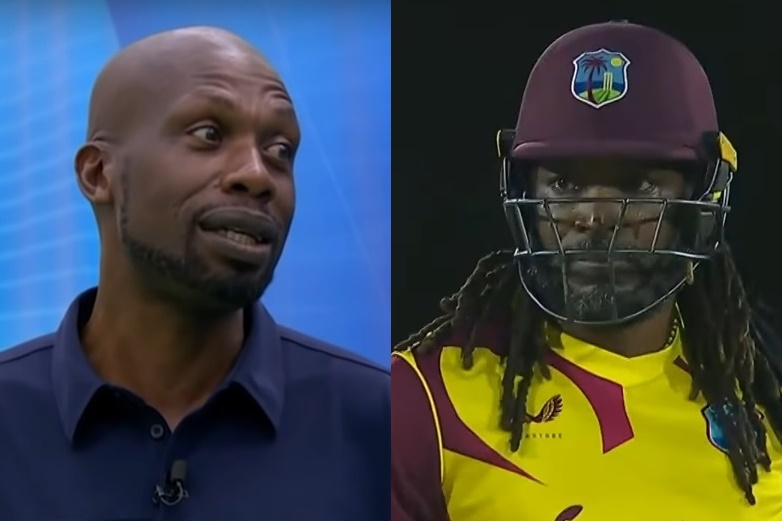 Is it at all possible that Chris Gayle is being just a tiny bit thin-skinned here? Maybe he’s secretly worried that Curtly Ambrose has a point.

Curtly Ambrose isn’t sure Chris Gayle should automatically get a place in the West Indies’ first choice XI at the T20 World Cup.

This seems a not unreasonable suggestion. The West Indies have a fair few accomplished and destructive T20 batters and Gayle has been in no kind of form whatsoever.

You can’t expect to make these kinds of comments about Gayle without some sort of response though.

To provide some context, Gayle has made one fifty in 16 T20 internationals this year and averaged 17.46. He also averaged 18.33 across nine matches in the CPL before making 1 and 14 in his two recent appearances at the IPL.

Gayle is the best T20 batter there’s been, so you wouldn’t rule out a turnaround and in fact Ambrose conceded as much, saying, “he can still be destructive.”

The issue for Gayle is that Ambrose also said that he, “hasn’t done much in the last 18 months to convince me that he will set the World Cup alight. For me, Gayle is definitely not an automatic choice for starting. When you look at his exploits over the last 18 months, he has struggled not only for the West Indies, but other T20 franchises.”

“I can tell you personally – and you can let him know – that Chris Gayle, the Universe Boss, have no respect for Curtly Ambrose whatsoever. I am finished with Curtly Ambrose.”

The comments came on The Island Tea Morning Show, where he then revealed some sort of fundamental internal confusion between ‘support for Chris Gayle’ and ‘support for the West Indies’.

“I have no respect,” he said. “Any time I see him I will tell him as well: ‘Stop being negative. Support the team ahead of the World Cup.’ This team has been selected and we need past players to support us. We need that. We don’t need negative energy. In other teams, their past players support their teams, why can’t our own support us in a big tournament like this?”

Ambrose might argue that he is supporting the team by championing other squad members. Maybe when you’re a 42-year-old international cricketer, comments like that feel more like attacks.

Concluding with the serene dignity afforded to only the very few, Gayle said that if former players continue to be negative and not support the team, then the, “Universe Boss is going to be disrespectful – disrespectful verbally in their face.”

We have a Patreon and an email. One is free. One isn’t.