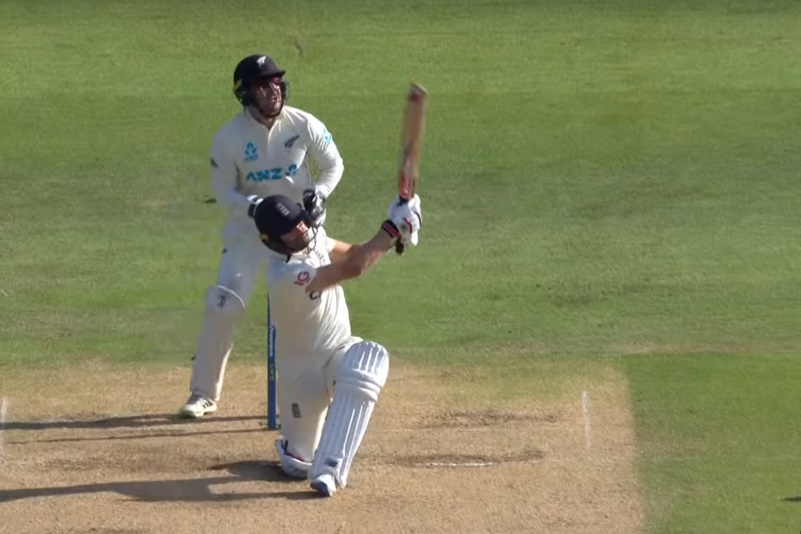 A lot of things happen over the course of a Test match – even one that barely scrapes into a fourth day. But you look at an innings where Mark Wood top scored and that feels like the main thing.

That’s the thing that sums the match up, isn’t it? If someone had got their arm caught under a boulder in a Utah canyon and had been stuck there for 127 hours before amputating their own arm with a pocket knife, that’s the shorthand account you’d give them when they woke up and immediately asked what had happened in the England v New Zealand Test match.

Wood is a much better bat than most people give him credit for, but it takes quite a bit of contrivance to come up with a situation where you want him top-scoring if you’re an England fan.

New Zealand will be very much looking forward to the World Test Championship final though. Making six changes after getting the better of England in the first Test seemed a bit of a move at the outset, but they barely broke stride.

Matt Henry is way down the list when it comes to Kiwi seamers, his average is terrible – and he was player of the match. Will Young meanwhile just swans in and makes 82.

At a time when England seen to be perpetually planning for a future that may never come, India v New Zealand from Friday is an immediately enticing prospect.