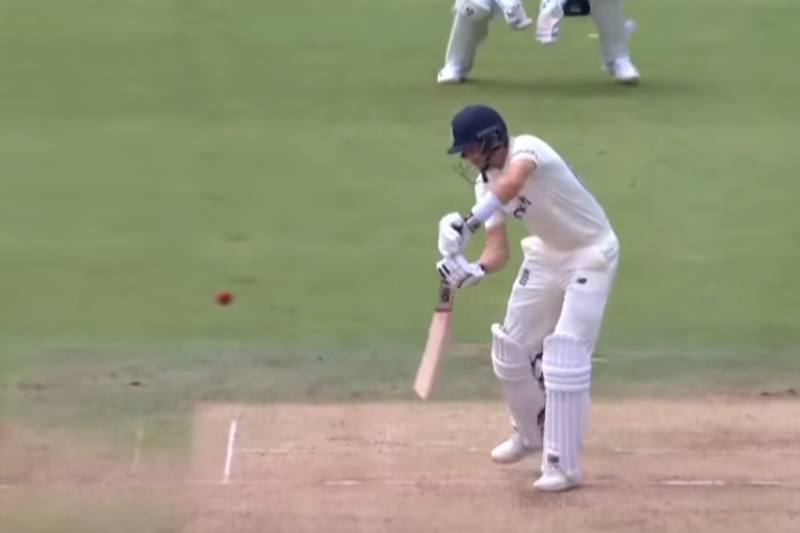 “Oh that’s a nothing shot,” they say – but only when you get out to it.

We were thinking about this particular shot of Joe Root’s after watching the BBC highlights the other day.

The BBC highlights are an hour long and with no ads, it’s what you might call a ‘good hour’ rather than the 42-minute timespan you may well perceive as being a TV hour.

Even so, this particular shot of Root’s seemed to account for about a third of the footage.

England now seem to have started producing pretty dense, targeted highlights montages for social media. The one for Root’s latest hundred illustrates the frequency of this little shot of his even more starkly.

There’s actually probably two shots you’ll notice. The one we’re not talking about is the manufactured work to leg. This shot is sufficiently whippy that Root is almost as likely to attract the adjective ‘wristy’ as an Asian batter who absolutely does not use their wrists at all. (Trust us, that’s pretty wristy.)

(Quick digression on wristiness. It occurs to us that as well as being a quality that is attributed to batsmen more on the basis of ethnicity than technique, there are also specific ways of using the wrists that are for some reason considered wristier than others. For example, Root’s method – suddenly closing the face to manoeuvre the ball into the leg side – is far more likely to attract the term than Jos Buttler’s golf chip power snap which is typically deployed within an otherwise straightforward full-face-of-the-bat type stroke.)

The shot we’re talking about here is however the off-side drop-nudge for a single. You know the one. Watch the video and you’ll know the one.

The ball is on – or more likely just outside – off stump. Displaying the full inside-edge of his bat, Root pushes at it with no real force. The ball limply plops towards a patch of grass where nobody is standing and he runs to the other end. That’s it.

In a way it is many shots, but it is also in another sense just the one shot. Because it is a shot that if he were ever to get out to it – ball nowhere near the stumps, bat angled to entice the slip fielders, nothing much to be gained bar a single run – the commentators would be duty-bound to describe it as “a nothing shot”.

Yet repeated frequently and reliably enough, Root’s nothing shot keeps him scoring until he has yet another hundred.

> Did you see… Joe Root standing at the other end?