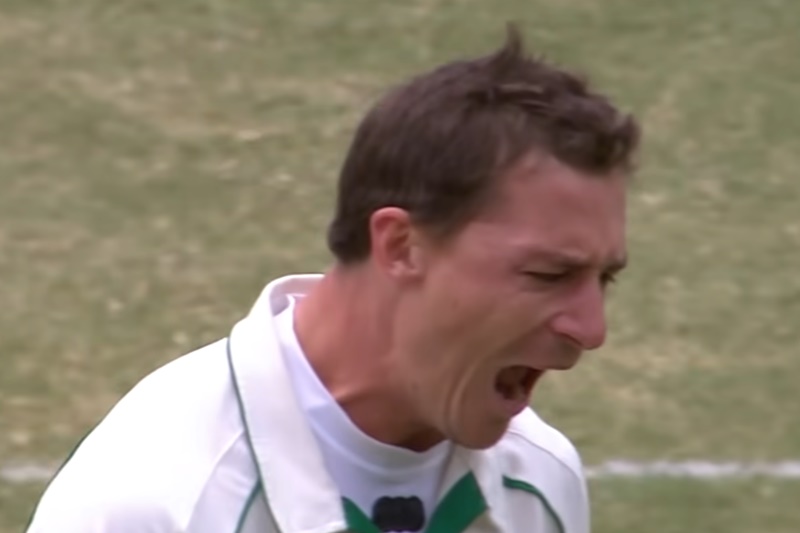 Calling someone a trier is usually seen as damning them with faint praise, so we’re going to have to expand on that headline a little bit to ensure the praise is significantly less faint.

Dale Steyn’s just retired from cricket. We remember his Test debut. For his first wicket, he arced a yorker into Marcus Trescothick‘s middle stump. It was a good start.

Despite that, he only very rarely brushed up against the 90mph mark in that match and we sort of put him to the back of our mind in a mental draw marked ‘South African fast-medium,’ which is not a drawer we often feel like opening. As the series progressed, this seemed increasingly wise as he failed to pick up more than two wickets in any of the six innings in which he bowled.

Some time in 2007, we took Dale out of that boring drawer at the back and moved him to the top drawer – the ‘fast bowlers who are good’ drawer.

He’s been there ever since.

The two big years from a King Cricket perspective were 2010 and 2013 because both times we named him Lord Megachief of Gold – which, as you all know, is the highest honour in cricket.

In 2010, he took 60 wickets at 21.41. Like a hot knife adrift in a sea of butter, he went through England at Johannesburg; India at Nagpur; West Indies at Port of Spain; Pakistan at Abu Dhabi; and through India again at Durban.

In Nagpur, South Africa made 558-6 and the world concluded it was one of those Indian pitches that we often seemed to get back then. Steyn took 7-51 on it.

Throughout Steyn’s career, there was always this stupid thing about how James Anderson was a more skilful bowler. It was entirely true, but it didn’t mean Steyn didn’t swing the ball.

Steyn was up there with the best no matter what fast bowling quality you looked at. He was athletic, he had great cardiovascular fitness, he was aggressive, he bowled swing and seam and he had a mean bouncer. He had a fair idea how to size up a pitch and he could identify batsmen’s weaknesses. His bad days weren’t too bad and his good days were exceptional.

But there was even more to him than that.

With the new ball Dale Steyn would whistle in, looking more or less completely deranged, and whip the ball past the batsman with a bit of away swing. That was pretty much it and that was a good way to use the new ball and plenty of bowlers have built an international career on that and that alone.

What separated Steyn from everyone else was what happened later, when the ball stopped swinging, when it got soft and didn’t bounce and didn’t move, and the fall of a wicket became nothing but a theoretical possibility or a memory.

What happened then was that Dale Steyn would really charge in.

“We have seen teams lose three wickets for nothing and 4-20 against us, more than once, so we know it will happen again,” he once told Wisden. “But not if you stop believing and start bowling slower.”

Dale Steyn’s next 10 deliveries saw the departure of Cheteshwar Pujara for 70, Murali Vijay for 97 and Rohit Sharma first ball. He came back later to dismiss MS Dhoni, Zaheer Khan and Ishant Sharma in the space of eight deliveries.

The match and series sharply changed direction. He finished with 6-100.

This is the point

Dale Steyn always tried to take wickets – always – and in so doing he made every second of every Test match he played in utterly captivating. Even when it didn’t seem possible, he tried.

It’s the most obvious ingredient for success, but so often the hardest quality to muster.

Dale Steyn was a trier.

First posted in August 2019 when Steyn retired from Test cricket.