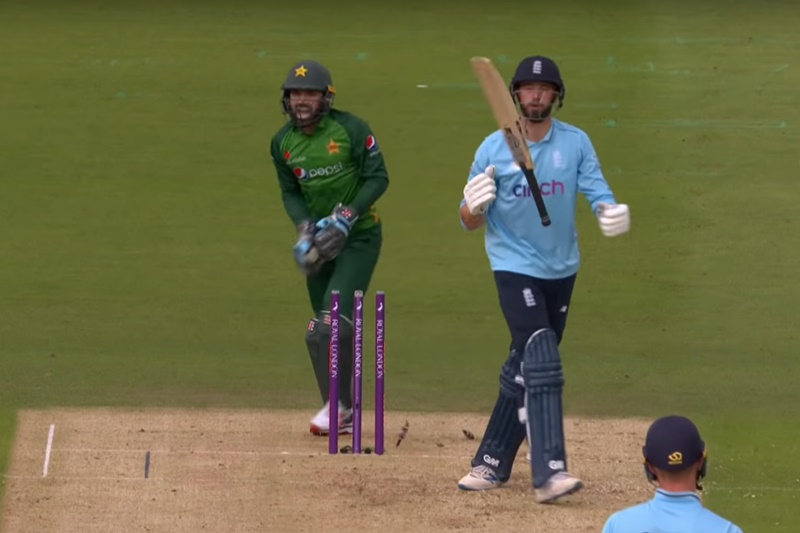 If there’s one thing we can all take from the weekend’s sporting events, it’s that England are an unstoppable winning machine.

The various members of England’s one-day squad are currently sitting around their houses doing really not very much at all. And England are still winning. They just can’t stop.

On Saturday, the B-team won the second one-day international against Pakistan and therefore the series. This is in large part thanks to Saqib Mahmood, who presumably won’t be in a second-choice squad again any time soon.

The standout highlight, however, came from James Vince, immediately after he’d been dismissed for 56 off 52 balls.

As we’ve said before, Vince is incredibly fun to have in the team because one way or another people get very emotional about his presence. He also does everything with such panache. This includes, ‘accepting that he’s just been dismissed and immediately leaving the field of play’.

It was quite an ugly shot, so Vince apparently felt the need to immediately bring balance to The Aesthetic Force with his next movements.

With wicketkeeper Mohammad Rizwan still in his initial celebration roar, Vince embarked on what is conventionally a sad journey back to the pavilion.

Only for some reason, he decided to set off with a rueful-yet-jaunty bat spin.

And then he just sort of plucked the bat out of the air with his trailing hand as he commenced his skedaddle.

It was a catch that expressed frustration with himself in a really wholesome sort of way.

It was a catch that said, “aw shucks,” or, “oh fiddlesticks,” or something like that.

The catching of the bat then turned into a sort of gentle punch of frustration as he continued on his way.

The momentum of that gentle punch also served to accelerate the pace of his walk.

The thing that we really want to get across to you here is how instant and smooth and lovely all of this was. It was like knocking a guitar over, only for it to play a snatch of a beautiful melody upon landing instead of a discordant crash.

It was almost like Vince had been practising walking off after getting bowled by a wrong ‘un. Who knows? Maybe he has. If so, the obvious suggestion would be for him to practise hitting the thing instead. But do we actually want that? Do we truly, actually want that when the alternative is so silky and unique?