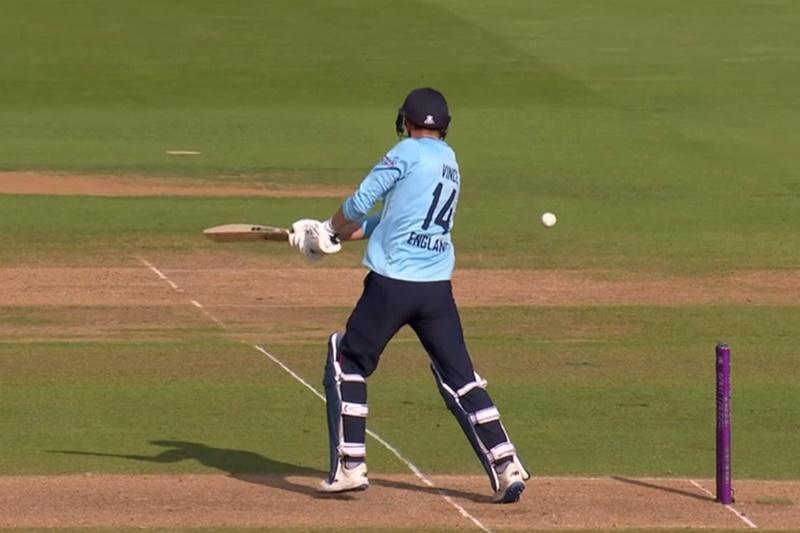 He can bat, James Vince. That’s half the problem.

James Vince innings come in many sizes, but there are only really two types. There are the ones where he’s dismissed and a much smaller number where he isn’t.

The former are not dissimilar.

Because a James Vince innings never comes to a natural conclusion. There is, in the eyes of fans, always a sense that he *should* have gone on; that he only exited the stage because of some mad moment that was entirely his own making. Even when it manifestly wasn’t.

This is why it’s considered perfectly acceptable to blame Vince for absolutely everything forever.

It all stems from the Gower Law.

The Gower Law is not to be confused with the Danelaw. To our knowledge, there was no period in history when the people of the Gower peninsula held sway over vast tracts of the British Isles. The Gower Law is, in fact, a very simple thing.

The Gower Law – which, as you’ve no doubt guessed, takes its names from the great David Gower – states the following:

Someone like Paul Collingwood was a far better batsman than Vince, but also widely perceived to be a far more limited one. This meant that people were very rarely angry with him when he got out.

When Collingwood was dismissed, it was seen as being a symptom of his limitations. When Vince is dismissed, people just can’t wrap their heads around it. “But you’re… better than that,” they think, their brains short circuiting at the apparent illogicality of what they’ve seen.