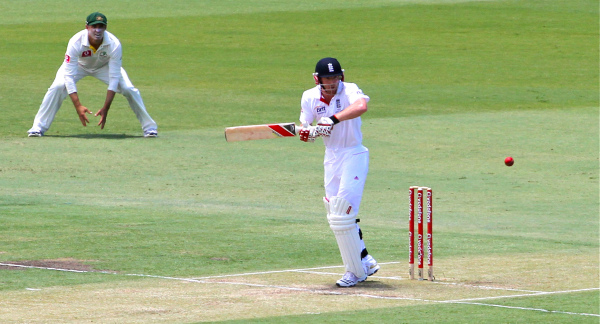 In 2017 we launched a campaign for Paul Collingwood to be included in England’s Ashes squad. No-one was more surprised than us that we’d ended up feeling that strongly about him.

There are definitely two ends to the cricketers-who-we-love continuum. There are the cricketers who we loved from the very start and maybe the shine wore off a little bit towards the end, and then there are the players who we didn’t necessarily feel anything for early on who completely won us over until one day we just suddenly realised, oh wait, turns out we love Paul Collingwood, who knew? (Jonathan Trott was actually in this team for similar reasons for a brief mad minute until the stomach-churning realisation that we’d forgotten to include Rob Key.)

Thankfully, Cricinfo haven’t deleted our paean (The joy of Collingwood’s slow burn) so we don’t need to turn this into a 5,000 word article.

The two central pillars of our affection for Collingwood were the oft-repeated backhanded compliment, “he makes the most of his talent,” and off the back of that, the Australian press’s assertion that he was England’s worst-ever number four.

We still feel an almost visceral anger that ‘makes the most of his talent’ was intended as an insult when really it’s a rare and invaluable quality in an international cricketer.

With regards to the ‘worst-ever number four,’ the great tragedy of England fans’ wilful amnesia about the 2006 Adelaide Test is that it erases one of our all-time favourite cricket-watching moments.

Despite (perhaps even because of) all the questioning and ridicule, Paul Collingwood ended the first day of that match on 98 not out. Then, on day two, he conquered his nerves and reached three figures before doubling his tally for good measure. It was immense.

You can’t forget the incredible rearguards either. Acts performed when fans are feeling most desperate have the biggest impact.

At Cardiff in the 2009 Ashes, Collingwood made a four-hour 74 that helped deliver an unlikely draw, and in South Africa in 2009, he played two impossibly lumpen innings that resulted in nine-wickets-down draws. His 99-ball 26 at Centurion was the first and he then produced a one-man leaving/missing case study at Newlands that saw 40 runs scored in more than four and a half hours.

Throw in the fact that he captained England to a World Cup win and took a catch ahead of the 2005 Ashes that we’ve written a whole chapter about for a book that will probably never get published and it’s obviously impossible to leave him out.

Here’s what we wrote when he retired.

Oh, also that time he was an umpire. That was quite something too. Almost forgot about that.