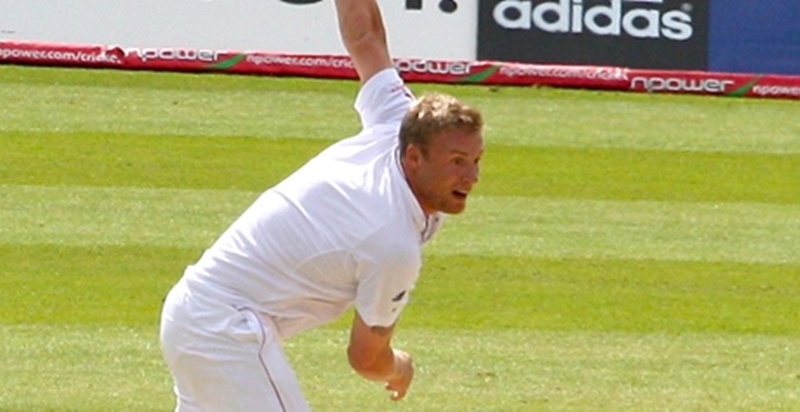 It’s easy to overthink these things. Let’s not fall into that trap.

Andy Flintoff – and he was best back when he was Andy – was a cricketer we loved.

It seems important with hindsight that Flintoff was on the fringes for so long early in his career. He made his Test debut in 1998 but didn’t really do anything much until 2002. In that time he promised a lot.

This is the way it works best. You get a better return if you invest in someone not because of what they do, but because of what they might do. You need the very real possibility that you’ve pissed away a load of emotional energy for the payback to feel so powerful if and when it happens.

Oh how it happened.

For those first four years of Flintoff’s international career, we got glimpses. Getting picked raised his profile so that we paid more attention even when he wasn’t playing. County reports tended to say, “Flintoff made a hundred and there were loads of sixes.” Long before he was a halfway decent international cricketer, we all knew what kind of a player he was.

By the second Test of the 2001 India tour, Flintoff was opening the bowling. This was weird but handy. It made him feel useful even when he couldn’t get a run and that mentality probably helped him to his first Test hundred in the Nathan Astle Test a few months later.

In the 2003 home series against South Africa, he finally started batting the way we hoped he would. For a couple of years after that, the bandwagon increased in size and still struggled to accommodate everyone. Day three of the 2005 Ashes Test was probably the zenith.

The first is about his catching. Ian Botham was an incredible slip fielder and Ben Stokes is a spectacular fielder in almost every regard – but has there ever been a more bucket-handed-seeming England slip fielder than Flintoff?

He dropped plenty – because cricketers drop way more than people think they do – but it always felt like he was going to take any chances that came his way. In our memory, he never even had to move his hands. The ball just headed straight for them.

The second point we want to make is that while some of the shine wore off as his playing career wore on (there was a bit too much posturing and playing up to the cameras), we’d actually say that Flintoff’s bounced back in our affections since retirement.

That’s pretty rare and it’s even more unlikely given some of the tacky TV cobblers he’s undertaken in recent years. But you know what? Whenever he talks about cricket or current cricketers or his own cricket career or even the world in general, he usually seems a fair-minded and self-aware individual. And that’s something.