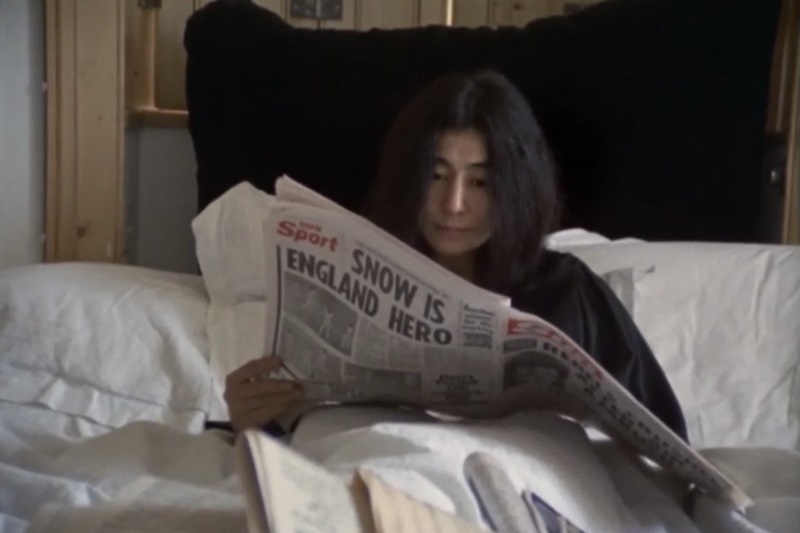 Send your pictures of cricket bats and other cricket stuff in unusual places to king@kingcricket.co.uk. Feel free to put the cricket thing in the unusual place yourself. (In fact we actively encourage it – we don’t get anywhere near enough of those ones.)

Jonathan drew our attention to Yoko Ono reading The Sun in the 1972 film, Imagine.

“[It was] also the Test where he ‘threw’ the bat at Gavaskar.”