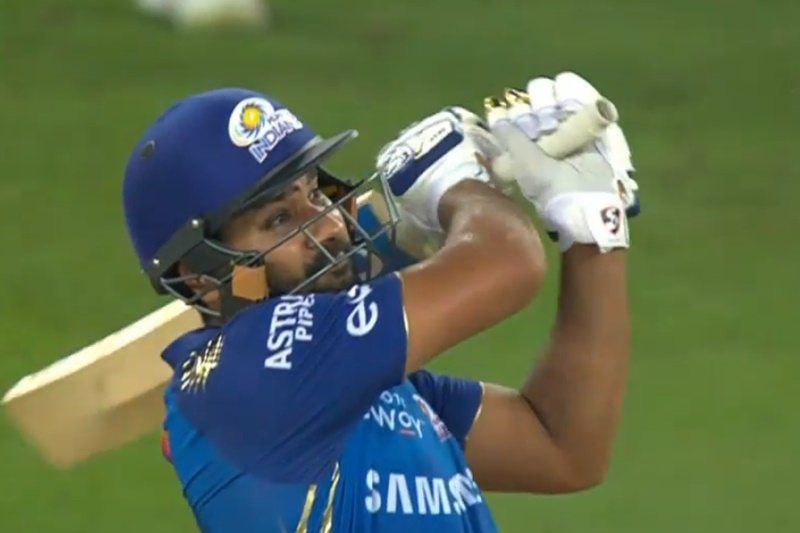 Who needs complex data analysis which results in the groan-inducing use of the word ‘impactful’ when you could instead listen to some mad old fella from the Sixties rambling on about hues and draw your conclusions from that?

As far as the final itself goes, Mumbai Indians captain Rohit Sharma did as much as anyone to enliven the match.

He did two very exciting things.

The first and most obvious very exciting thing that Rohit did was repeatedly throw his ample weight into large shots.

“Ohhh that is a BIGGIE!” cried Mark Nicholas after one – and it was not immediately clear whether he meant the six or the batsman.

The second very exciting thing that Rohit did was gratuitously run out a team-mate when the sailing seemed altogether too plain for Mumbai Indians.

There is no time in a cricket match when this kind of thing is not both fun and funny.

Several people were keen to point out that, “there was never a run there,” but you have to say if Rohit Sharma has time to get almost to the other end and also do a bit of melodramatic ‘oh bollocks what have I done?’ mime then probably Suryakumar Yadav had time to cover 22 yards.

Committed mankaddist R Ashwin was bowling though, so maybe Yadav wasn’t backing up as cheatingly as he usually would.