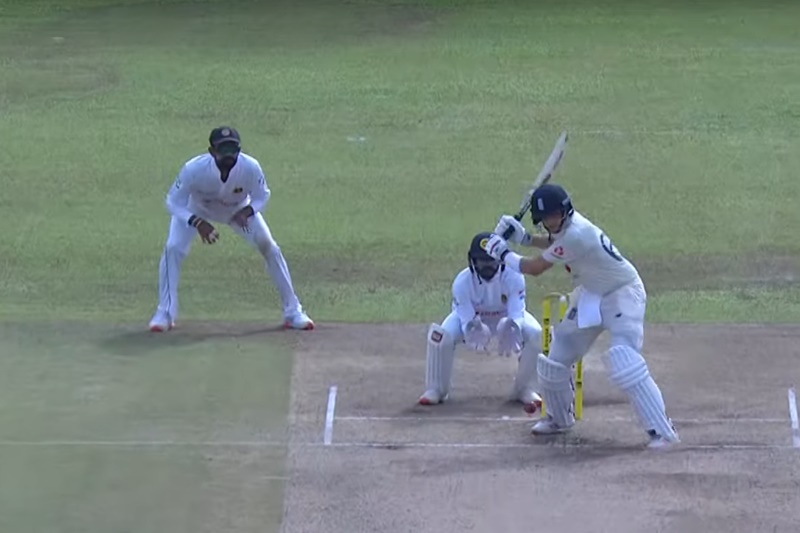 Joe Root has always been a batsman who’s scored about 40 more runs than you thought he had. Like a man on an e-bike, he glides along far quicker than seems to make sense given the effort he appears to be putting in.

People really didn’t talk about Root all that much during his fourth Test double hundred, against Sri Lanka. He got in, he tried to build a partnership, a wicket fell, and then everyone paid attention to debutant Dan Lawrence for a bit. Next thing you knew, Root was on 90.

Even then, he only really commanded attention for milestones. There was a moment for the hundred, another for the 150 and then maybe half a fraction of a sliver of a moment for making England’s highest individual score in Sri Lanka before suddenly Lawrence was out. After that, we had ‘new batsman’ excitement, then more wickets, before finally arriving at, ‘Oh, what’s this? Root’s got another double.’

Form ebbs and flows (there was no Test hundred in 2020) but Root long ago reached a level where he is just context. Joe Root top-scoring is not newsworthy. In that scenario the second-highest scorer appears in the headline. A Joe Root hundred isn’t really ‘stop the press!’ territory either.

For most of that double, Root was ceding centre stage to Lawrence, but at some point the balance shifted. When exactly did his innings move from ‘Root also scored a hundred’ to top billing?

These things vary from innings to innings, but we’d argue that even a ‘daddy hundred‘ (150+) isn’t necessarily enough for people to raise an eyebrow any more – Root’s ninth-highest score is 149 not out, after all.

More than 175 then? More than 180 maybe? They become noteworthy sooner when he starts stringing them together, Test after Test after Test, but for a stand-alone effort, does 200 even feel like much of a thing?

It seems to us that even after suffering relatively fallow periods, Root’s brilliance has become almost entirely unremarkable. We don’t even properly remember his other three doubles.