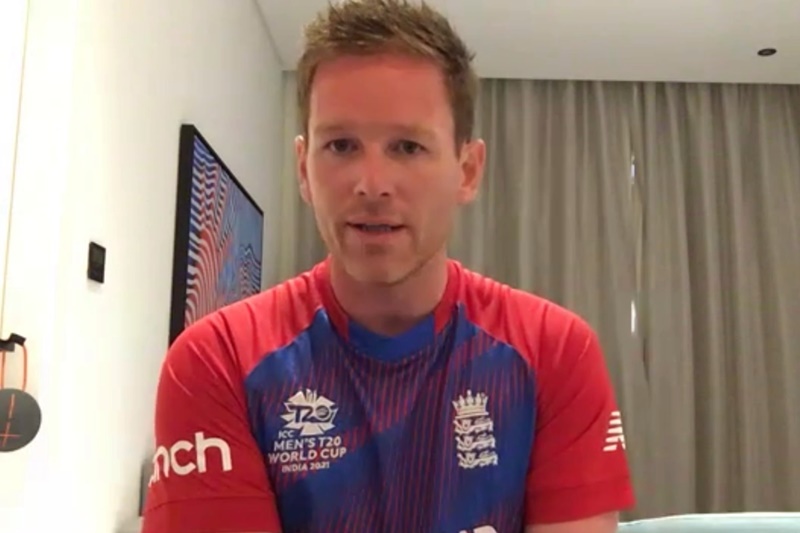 Speaking to Sky Sports earlier this week, Morgan suggested that he would consider dropping himself if he couldn’t regain batting form. He did however also make a point of saying that he’d come out of every spell of poor form he’d ever had, which kind of makes it sound like he can’t actually envisage circumstances where this whole ‘dropping yourself’ thing would actually apply.

That wasn’t the worrying bit though. The worrying bit was when he was talking about this possibility and said: “I wouldn’t stand in the way of a team winning the World Cup.”

We’d seen two versions of this quote, with a key distinction between them, so we thought we’d better investigate. The other version of the quote has him saying, “I wouldn’t stand in the way of the team winning the World Cup.”

That version’s okay. That version makes sense. If that were what Morgan had said, we could safely infer that “the team” was England, in which case, no, you definitely should not stand in the way of a World Cup win. That is very definitely not your job as England captain.

Unfortunately, we listened to the interview and he actually said “a team” which is obviously a good deal more concerning – because which team was he talking about?

It is impossible for us to deduce which team Morgan is referring to and we certainly won’t be pointing out that it’s probably Ireland because that is exactly the kind of thing that mental right-wing newspapers do on the rare occasions England’s greatest-ever limited overs captain isn’t winning world tournaments or crafting one of the best white ball teams the game has seen.

In summary, it would be best if Eoin Morgan chose to stand in the way of other teams’ World Cup wins. If he for some reason sees fit to not do so in one particular case, we’d prefer to not know about it so that we don’t accidentally and unwillingly find ourself fractionally overlapping with some frothing columnist with dementedly specific ideas about what an England cricket captain should be.

Please sign up for our email, unless you’re hoping for some sort of campaign against Eoin Morgan, because let us tell you right now, you absolutely will not be getting that.