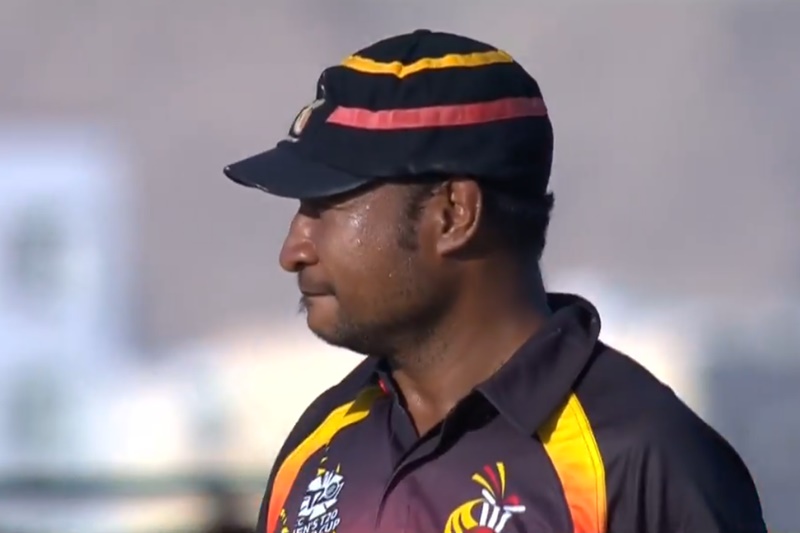 If in January we decide to rank the months of 2021 according to how hard it was for us to pay attention to the wider world, it would be a very big surprise if October didn’t come out top. Illnesses have seemingly been queueing patiently for two years and are now entering our home sequentially, monstering the smallest family member in particular. What we’re saying here is that the men’s T20 World Cup has so far been passing us by a little.

We’re tempted to upload all image files as .png instead of .jpg in their honour. We actually saw a bit of PNG’s first match. We believe they have a reputation for being good fielders, but having hardly played for a couple of years, dropping chances had become as infectious as this God-damned mega-cold. Looks like they’ve picked up a bit since then though.

31-year-old Chris Greaves had made 50 runs in his entire professional career when he walked out to bat against Bangladesh with the score reading 52-5. He hit 45 off 28 balls, took a couple of wickets and Scotland won. It’s one of the great unremarkable names, isn’t it, Chris Greaves? You definitely went to school with a Chris Greaves. He probably wasn’t in your year but you probably wouldn’t remember him even if he was.

The more generous way of putting it is to say that Ireland’s Curtis Campher took four wickets in four balls, but while a hat-trick is a cool and amazing thing, four-in-four always seems a bit more, ‘Oh, okay, we’re doing nonsense now, are we?’ Quite brilliantly, the first wicket was initially given as a wide, resulting in the magnificent appeal/celebration above. This is probably our favourite moment of the tournament so far. Highlights of this timeless event must now forever commence with a guy with his hand half-raised, turning his head from side to side in confusion.

What species is he meant to be?

Maybe it was kits. There are some pretty cool kits at this World Cup. PNG’s is cool. The Netherlands’ is classic. Scotland’s is lovely. England’s is probably the worst.

Probably a bunch of teams all on four points and a lot of talk about net run rate. This may actually prove the most exciting part of the tournament, so we’re going to try and pay attention.