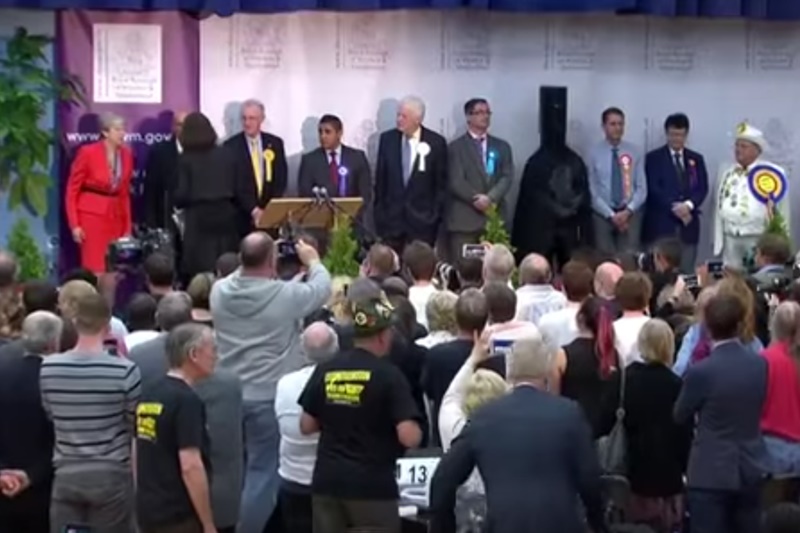 This picture was taken after the Maidenhead constituency count when Lord Buckethead stood against me (and Theresa May) in the 2017 General Election. (Here’s another shot of him.)

I would like to emphasise that I was standing as an independent. This was pre-“Brexit Party” and the rosette colour was chosen by me as it matched one of my favourite ties. Farage’s swivel-eyed loons only adopted it later.

At the risk of a Stig moment, this incarnation of Lord Buckethead was the comedian Jon Harvey. He is a proper cricket guy and occasional cricket writer so the pads are probably his.