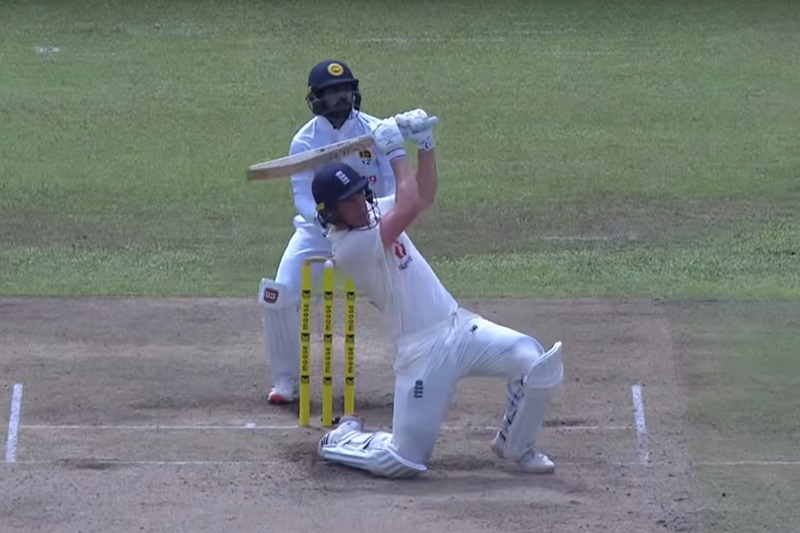 We have in recent years aimed for coherence, clarity and accessibility in our opening paragraphs. It’s tough to take that approach today though because we’ve accidentally written a headline that reads like the title of an obscure B-movie or computer game.

It’s the tagline bit that does it. It’s got that perfectly-normal-words-yet-somehow-doesn’t-mean-anything quality.

It should be a sequel really. England Batters 3: Mystery of the Odds.

“If you’re a fan of the original England Batters, or its cult 2002 follow-up, A Force Blunted, then you’ll LOVE Mystery of the Odds. Join the England Batters you know and love (and also faintly resent for their ongoing inadequacies) as they embark on their latest wild adventure, this time under Captain Ben Stokes.”

To very quickly piss away all the mild intrigue we’ve generated by repeatedly using the term ‘mystery of the odds,’ what we’re talking about here is Stokes’ slide down to number six and Joe Root’s slide back down to four. If England are sticking with the same openers – and it kind of sounds like they might be – then that leaves the batting spots at three and five open, both of which are odd numbers. (This really didn’t warrant 200 words of rambling about a fictional second-rate pop culture series, but then again, if you’re digression-averse, you’re probably reading the wrong website.)

So who will these men be?

Well Dan Lawrence batted at four in England’s last Test series, so that’s probably a good place to start. Will he go up or down though?

The twin descents of Root and Stokes surely demand that someone go the other way to even things up a bit. That would mean Lawrence at three and a gap at five. Jonny Bairstow was at six last time around, so maybe England will execute a neat pair of choreographed swaps.

Then again, no-one’s said anything about anyone moving up a spot. The Root and Stokes moves are the only ones we know about, which suggests a trend. Maybe everyone’s moving down a spot? Could that work? Instead of picking one to eleven, might England instead pick two to twelve? The lower order’s long outperformed the top order with the bat. Is this a way of tackling that?

All we can truly be certain of is that no matter what they do, it’ll set things up perfectly for England Batters 4: The Harrowing.

Oh hey, we’ve had some more completely non-made-up praise for the King Cricket email. Check it out.