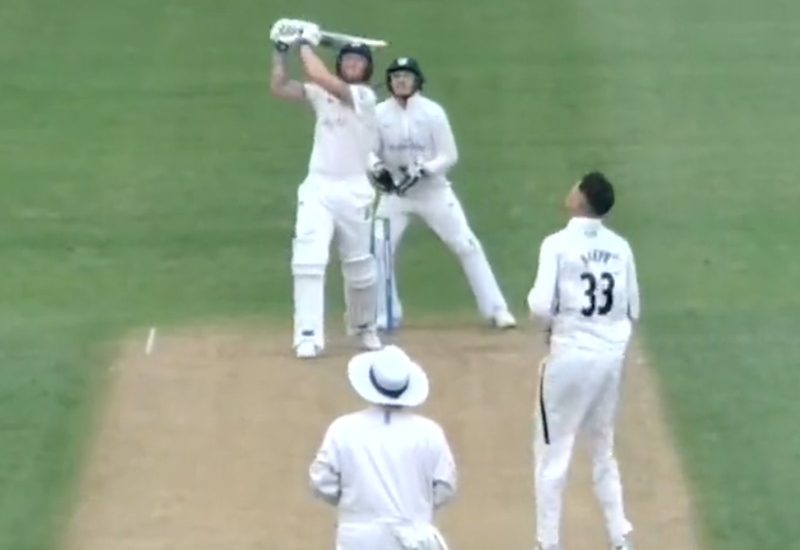 Ben Stokes played his third Championship innings for Durham in four years today. He made 161 off 88 balls. It took him 64 balls to reach three figures.

Stokes brought up his hundred with what was his fifth six in five balls. The sixth ball of the over went for four, triggering the very slightest internal rejoicing from bowler Josh Baker.

This taps into something we were half-saying about Ollie Pope the other day.

If you’re an England fan, you’re always on the lookout for county players who might come into the Test team. The corollary of this – in fact quite often the cause really – is that you’ll frequently feel like several of the incumbents should be dropped.

Clearly Stokes isn’t about to be sent on his way any time soon. He’s captain for one thing. Our point is that for all the debate and parsing of statistics, the best England players are generally the ones you already know because they’re already playing for England.

Stokes is at one end of the scale, but even the players we don’t rate are almost certainly among the best available. Swapping Well-Known Player A for Mysterious Player B probably isn’t going to result in any major change in fortunes for the national side.

That’s not very exciting and it doesn’t make for great conversation – and of course there are future England players in county cricket who will only reach their full potential if they get called up to the Test team.

But mostly the best players are just very obviously the best and you don’t really need to pick through the domestic game with a nit comb to find them.

Don’t be the child who wanders into the middle of a movie. Get yourself a frame of reference – sign up for the King Cricket email.