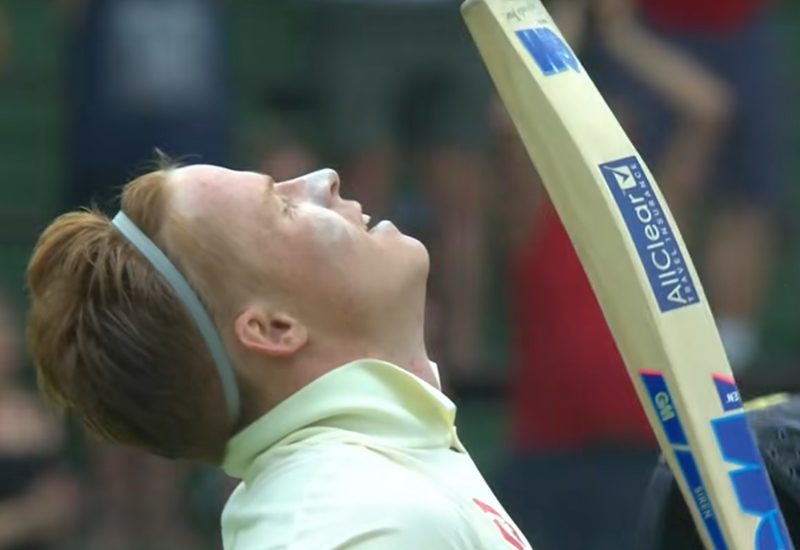 Surrey’s Ollie Pope is a popular subject for articles and conversation at the minute because everyone has a different opinion about how he’s perpetually bobbing about in Lions Mere.

If you don’t know Lions Mere, that’s probably because we just made it up. It’s a metaphorical body of water that holds all the English cricketers who are clearly too good for county cricket but who somehow aren’t able to perform in Test cricket. Quite why they have to be in water, we don’t know. We suppose they don’t really. You can envision your own figurative sub-international cricket limbo if you want.

Ollie Pope averages 50 in first-class cricket, so every time he makes a hundred – or even a comfortable looking 40-odd – people say stuff like: “See! See! He’s really good. He should be playing for England.”

The reason why we don’t want to write about Ollie Pope is that there’s a tilting-at-straw-men quality to this campaigning. Everyone knows Pope averages 50. Everyone still thinks he’ll have a good Test career. It was just that he was a bit rubbish over the winter and so he’s quite reasonably been asked to take a step back with a view to hopefully taking a couple of steps forwards. Why have an argument with your own shadow? It is pretty obvious to us that soon enough Ollie Pope will be playing for England again. Maybe not in the very next Test, but probably pretty soon after that. Certainly before the end of summer. So what is there to say?

The only thing worth talking about with regards to Ollie Pope is his ownership of wicketkeeping gloves.

Pope made 83 last week in Surrey’s 603 all out against Gloucestershire. The home team replied with 443-2 and then that was the end of the game. This brought another “See! See!” which was the “See! See! April pitches don’t render medium-pacers completely lethal.”

As we said in our piece about fast bowling and county cricket’s diesels, county pitches are far less of an issue than the fact there are 46 million games a year. It’s not so much that medium-pacers are encouraged by the conditions typically seen in the Championship, it’s more that fast bowlers are discouraged by the relentless schedule.

Do you know when the relentless schedule is not such a big issue? At the very start of the season before fatigue has set in. Do you know when groundstaff have a decent amount of time at their disposal to get pitches prepared? At the very start of the season when they’ve just had a big long spell with no cricket at all and there’s only one home match a fortnight.

April is not peak season for medium-pace.

Surrey are top of the table.

We don’t want to talk about it.

Want to get the King Cricket email? Well, you won’t find a link to the sign-up page here. We don’t want to make things too easy for you.