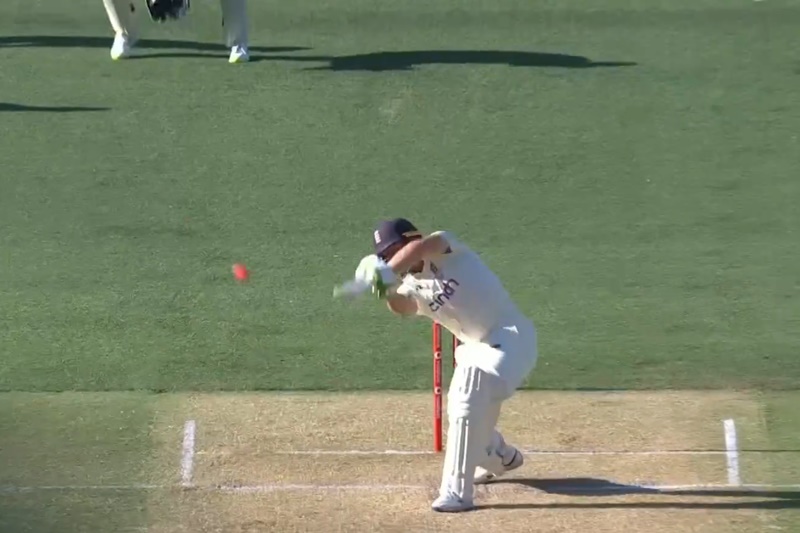 We’re not lodging this as an official criticism. More just raising it as something to think about. How much does England’s insane obsession with tours Down Under drain the players before they’ve even arrived?

It was Jos Buttler’s first innings dismissal in Adelaide that made us think of this (and some of his catching too). He got pressured into a suicide drive and yet it was only the 15th ball he’d faced.

Now 15 balls is a pretty long time to be stuck on nought in an Ashes Test, but you’d think it might take a bit longer before a batter went all Michael Douglas in Falling Down. It smacked of a man who’d already used up all his conscious decision-making and had been dragged into nonsense.

This is a thing we’ve written about before in the context of ‘digging in’, but it’s a phenomenon that applies more broadly too. Decision-making is wearying. Batters are generally at their best when they’re pretty much just cruising along on autopilot.

Buttler would have expended plenty of mental energy in the field: conscious thought, when formulating gameplans and so forth, and a fair whack of emotional energy too, given a couple of his drops.

He’d have used a lot of physical energy too – and you should never underestimate the impact of that. But we just wonder at some of the England batters’ mental energy reserves. Are they starting their innings with their cognitive fuel indicator lights already flashing?

Everything plays into mental fatigue – not just what happens on the field of play. All the thinking and decision-making in the lead-up to a game can take it out of a player too. Even if you don’t believe that self-control is a finite resource, you might accept that enthusiasm is. Maybe Rory Burns was sick of facing Mitchell Starc before the series even began. (If not, he certainly is now.)

But then how can we square this with Buttler’s second innings, where he exercised almost comical restraint in batting 4h18m for 26 runs? Perhaps we’re guilty of seeing mental fatigue where there isn’t any. Or maybe by that point in the Test, all of the plans and ideas and what-ifs and ramifications had been stripped away and cricket life had become a whole lot simpler.

England have very explicitly had their sights set on this series for several years now. It’s a thing they have spoken about at times when it made no sense to speak about it.

“Playing the top two teams in the world, in New Zealand and India, is perfect preparation for us as we continue to improve and progress towards an Ashes series in Australia at the back end of the year,” said Chris Silverwood at the start of the British summer.

If one of the key responsibilities of a coach is to try and take the pressure off their players during the very biggest engagements, this doesn’t seem a great way of achieving that; talking the contest up in comparison to others that are really pretty big themselves.

We don’t know about you, but if we had to spend our time in that kind of environment, we’d almost certainly be suffering a kind of monomaniacal burnout by the time we touched down in Australia.

We’re not seriously suggesting that England should have turned up in Brisbane without any kind of a plan, but we are arguing that a certain volume of talk and thinking can become yet another mental burden on the players. This is an era when international cricketers have a fair bit on their plates anyway and every human being only has so much bandwidth. The art of top-level coaching is surely to give players a bit of a steer without overloading them.

This doesn’t feel like the England approach. It feels like England have been planning with such ferocity that they can’t stop and don’t even notice when they’re going round in circles. When did they decide to play the first Test with neither of their top two wicket-takers? At what point did it become the right move to pick five right-arm fast-medium bowlers for the pink ball in Adelaide?

The tourists may at one point have started off with some solid ideas, but it now seems like their strategy for any given match is just whatever they happen to be talking about when the music stops.

Please think about helping fund King Cricket via Patreon. A pint a month, a pound a month – whatever. You can always pause your monthly pledge too. We’re quite happy to see patrons chip in when they’re following the site and duck out when they’re not.