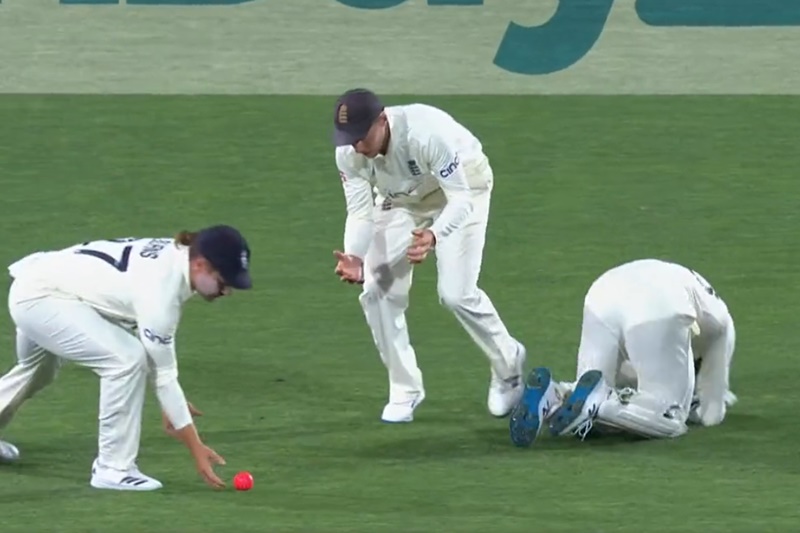 History is not just written by the victors. When it’s a particularly bad defeat, the losers make doubly certain to note down all the really awful moments too.

Jos Buttler made a fourth innings double ball hundred in Adelaide. In a series where England have so far displayed almost zero batting competence, he stuck around for over four hours.

Then he trod on his stumps.

We’ll all remember Jos Buttler treading on his stumps.

Buttler took a couple of tidy catches as well. But he also dropped a really easy one.

All in all, Buttler dropped several catches and made a duck in the first innings and 26 runs in the second – and yet really it’s not so outlandish to suggest he had a pretty good game. That second knock was a hell of a 207 (26 runs).

In any other match, we’d probably remember Joe Root’s facial expression while witnessing the worst of those dropped catches too. But then this was also the match when England’s captain had to go for a testicle X-ray after getting hit while taking throw-downs.

Root then suffered a second ping of the swingers off Mitchell Starc later the same day.

BT Sport uploaded the delivery as one of their highlights of the day and labelled it thus.

We’ll all remember Joe Root getting hit in the nuts.

The Ashes is still going, so we guess we’ll carry on writing about it. You can get our articles by email here.