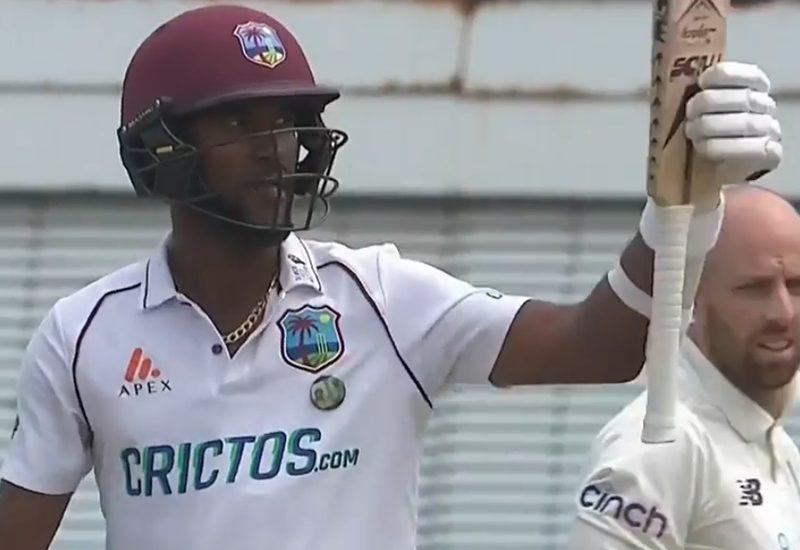 “I had my plan,” said Kraigg Brathwaite after batting for five minutes short of 16 hours against England in the second Test in Bridgetown. “They bowled well, but I stuck with my plan and it paid off.”

Whatever Brathwaite’s plan is, getting out doesn’t seem to be a major component. He did actually lose his wicket once, but if you bat for 16 hours that probably is going to happen at some point. Sometimes things outside your plan will occur. You can’t control everything.

Ominously, while Brathwaite concedes he could be a bit more attacking, he also said that, “spending time at the crease and batting through three new balls is a great start for us” – so it sounds like he’s pretty much going to stick to shivving his way through every Test innings.

When Brathwaite reached 150, he raised his bat not exactly half-heartedly, but with such economy of movement it was clear he had no intention of pissing away a single calorie of energy on anything but bunting the ball for a single again. He raised it because he had to, but the majority of his brain was still devoted to absent-mindedly chewing gum and getting into position for the next delivery. Only 10 more runs followed before his dismissal, but as we discovered, that surprise development was really little more than an intermission in the grand scheme of things.

Pitted against this near-indestructible barricade, Saqib Mahmood somehow emerged from the match with a nascent Test bowling average of 19.75. England have only really had two old ball seamers in the last 20 years – Simon Jones and Mark Wood. It would be pretty helpful if they’ve unearthed another.

Sign up for the email. If nothing else, it’ll remind you to click through to read the comments.