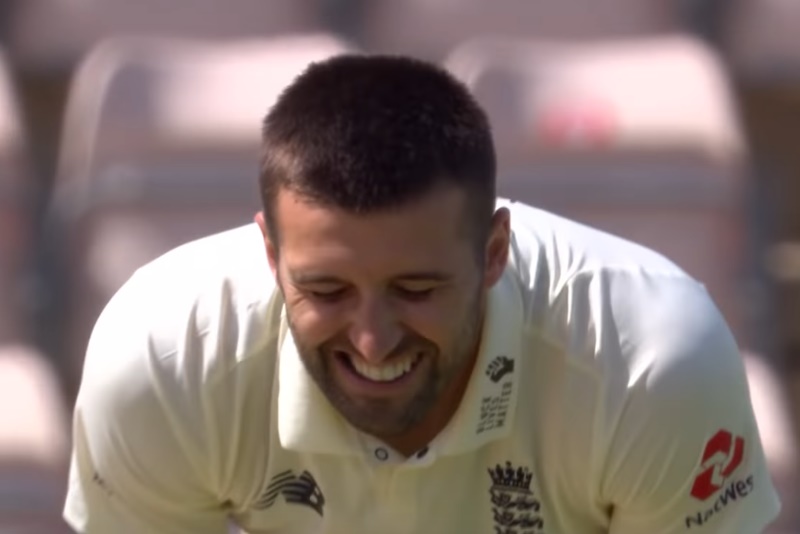 Everything’s going right for Mark Wood right now – which also means that everything is already starting to go wrong.

Mark Wood’s become a central part of England’s Test team, which is great. And he’s just got himself another IPL contract, which is also great. Throw in his obligations with England’s limited-overs sides and he’s a busy boy.

When we tweeted about the reasoning behind England’s decision to drop James Anderson and Stuart Broad the other day, we drew a certain amount of passive-aggressive “or maybe they’re just resting them” type replies.

But even before Andrew Strauss had explained the reasoning, this idea didn’t really stack up. Because if Test specialists Anderson and Broad needed resting, surely some of the all-format cricketers were in even greater need of a break? Players like Mark Wood, for example.

A bit of history

Early in 2018, we wrote a piece for Wisden about the possibilities and improbabilities that lay ahead of Wood in the coming months and years.

Wood had just been signed by the Chennai Super Kings and so added another lucrative and educational strand to his playing obligations. It was increasingly hard to see how he’d fit everything in and we went so far as to suggest he might never play another Test.

As you know, we were wrong on that one, but his career definitely forked towards limited overs cricket for a year or so there.

He played just two Tests in 2018. Then, in February 2019, he all but won a Test against the West Indies in the space of eight first innings overs.

“I finally feel like an England player,” he said afterwards.

It turned out to be the only Test he would play all year.

Wood was the fifth-highest wicket-taker in the 2019 World Cup but sat out the Ashes that same summer after suffering side and knee injuries.

He’s since inched back into the Test team, not so much off the back of first-class performances but through a combination of one-day form and increasingly frequent Test cameos that have largely arisen as a result of injuries to Jofra Archer and Olly Stone.

It’s great that some avenues into the team have remained open to Wood, but it does mean that he is now pretty much back where he was in 2018: a fast bowler in demand for T20, one-day internationals, Test matches and the IPL.

Mark Wood had a forgettable T20 World Cup at the start of the winter – but he was there. He still travelled. He still trained. He still sat in his hotel room compressed by covid restrictions, worrying about how things were going. After that, he had a far more memorable Ashes series for both good reasons (personal) and bad (the team).

Remember what Paul Collingwood said about going from the T20 World Cup to the Ashes?

“I am sure people are sick to death of hearing about bubbles, but the harsh reality of what we were expected to do was: two years of bubbles, finish the home season and then go to a World Cup where, for six weeks the bubble was even tighter, then do two weeks quarantine and go into the Ashes with two days of on-field practice.”

Five England players experienced that after featuring in both the T20 World Cup squad and the Ashes squad. Of those five, only three remain for the upcoming Test trip to the West Indies: Jonny Bairstow, Chris Woakes and Mark Wood. Of those three, only Bairstow and Wood will later be heading to the IPL.

The Windies tour finishes on March 28. The IPL is due to begin on April 2.

The IPL runs until June, so we’ll get the usual tug o’ war over England players towards the end of it with a Test series against New Zealand due to start on June 2. Hopefully Wood won’t lose an arm in the tussle.

The rest of his summer shapes up like this:

Unarguably, there are decisions to be made here about which matches Wood will and won’t play. But before you go all, “oh well he can just sit out the T20s” – remember that it’s another T20 World Cup year, so all of those are officially “vital preparation” before that tournament kicks off on October 16. The seven T20s in Pakistan immediately before it will be “vital” too.

How will this pan out?

Injury or burnout probably. That’s a bit grim, but probably true. The incentive to manage players’ schedules in the long-term is never quite as great as the desire to pick them in the short or medium-term.

It’s a bit like the Peter Principle. So long as the player is ostensibly tolerating their workload without any hugely obvious drop-off in performance, there’s no reason not to line them up for one more game. (In fact the player can be as guilty of this line of thinking as the selectors.)

And even if he is well managed, Wood is highly likely to drift away from one format or another in the coming months simply as a result of missing games. You can try and shape it how you like. You can earmark him for overseas Tests and for white ball cricket the rest of the time, but actual cricket will be played parallel to those noble intentions and opinions will shift.

Mark Wood is back in a place where he is wanted for everything. But it is not possible to focus on everything. That is not what ‘focus’ means.