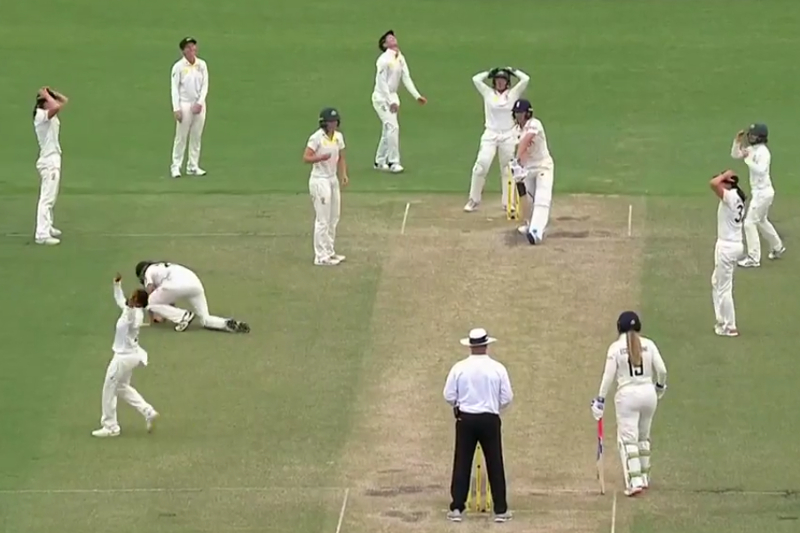 When England and Australia finished their Test match in January, there were no further women’s Test matches on any confirmed schedule, anywhere, for any nation. That one was officially a “doozy” though – perhaps the best international red ball fixture in the last 12 months or more – so now England have been rewarded with another, against South Africa in June.

So that’s the deal: England’s women’s team will repeatedly be given exactly one opportunity to produce the best Test of the year and if they succeed, they will earn another Test.

They could, potentially, play infinite Test matches under these conditions.

The largesse of the administrators does however raise another possibility. It could be that England’s incredible Brilliant Test Match strike-rate of 100 per cent halves come the summer. Maybe it’ll rain and they’ll find that only half of the Tests they played in 2022 were absolutely bloody brilliant. What then? Presumably women’s Test matches would be abolished under those circumstances.

In which case maybe Australia have got things right with their ‘play the best Test of the year and then just settle for that’ policy. All killer, no filler. Every Test a masterpiece.

It’s like we always say: why risk disappointing people when you could instead opt for inaction?